Why do we argue with our neighbors? 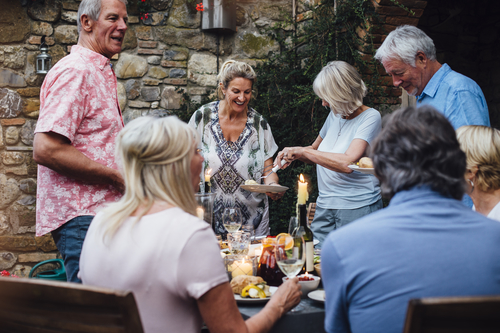 Are you new to your neighborhood and looking to make friends? It may not be as easy as it used to be. According to a new survey, 40 percent of Americans avoid their neighbors altogether.

The Homes.com survey also reveals that 36 percent of Americans have had issues with a neighbor that escalated into an all-out argument. This may be one of the reasons that 40 percent said they intentionally try to ignore their neighbors.

What’s the most common reason for avoiding their neighbors? Lack of time. Coming in second: nosy neighbors, with 20 percent saying they believed their neighbors were keeping tabs on their movements or behavior. Other reasons including thinking the people next door are weird, or simply not getting along with them.

“We often hear location, location, location as a key consideration of where we choose to live, and neighbors are a large part of that location component,” says Grant Simmons, vice president at Homes.com. “Nothing enhances or diminishes a community’s attraction as much as the residents themselves, especially in areas where a neighbor’s behavior can directly impact those around them.”

Meanwhile, 86 percent of Americans would label themselves as a “good” or “very good” neighbor, and 23 percent would say they considered their neighbors as friends.

Here are the top 10 things that lead Americans to argue with a neighbor: