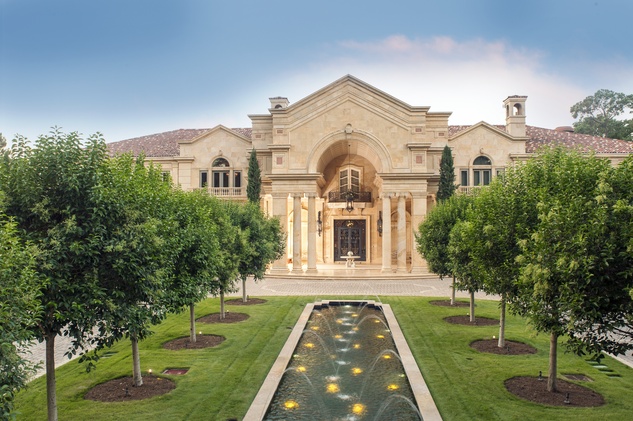 A chateau-style home located in Houston with a living room modeled after the Palace of Versailles is currently on sale for nearly $30 million, making it the most expensive listing in Houston, according to Mansion Global. Originally listed for $43 million, the home is named Chateau Carnarvon and is owned by a trust controlled by Ed Bosarge, an advanced mathematics expert and co-founder of the Houston high-frequency trading firm Quantlab Financial, and his wife, Marie. The couple bought the partially completed property for $1.185 million in 2010. It was first listed in 2014 but then taken off the market in 2016. The two-story mansion is more than 27,000 square feet and is located on 2.5 acres in Memorial and includes a 33-foot, hand-painted domed ceiling in its entryway, a home theater, a music room, a billiards room and a bedroom suite that was transformed into a hair salon.

In other Texas real estate news: