This week in Houston real estate: a record 2018, homebuyers near price-out point and more 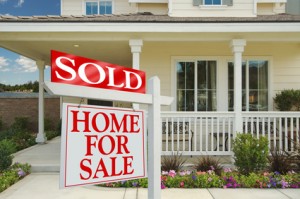 The numbers are in: 2018 was a new record year for single-family home sales in Houston. According to the Houston Association of Realtors’ 2018 annual report, the 82,177 houses sold adds up to about 3,000 more than the number sold in 2017, which was the previous record year.

It wasn’t just volume that was strong last year. Pricing held its own, too. Median home prices rose 3.3 percent over 2017, climbing to $237,500. The increase in sales volume over 2017 was about 3.8 percent from the 79,143 homes sold that year. The dollar volume jump year-over-year may have been the most significant change from the year before: $28 billion in home sales represents a 21.5 percent increase over 2017.

“We entered 2018 cautiously optimistic that the Houston real estate market would continue the resilience it showed after Hurricane Harvey, but no one that I know anticipated it being a record year,” HAR Chair Shannon Cobb Evans of Heritage Texas Properties, said in a press release.

•A recent study by the National Association of Homebuilders found that Texas has the largest number of potential home buyers that would be priced out of buying a median-priced, newly-build home if its cost were to rise by just $1,000. In Texas, over 11,000 would-be buyers would be unable to afford such a house, according to the study, which also found that a quarter-point rise in the interest rate on a 30-year fixed-rate mortgage would make about a million homeowners nationwide unable to afford a new home at the median price point for their areas.

•According to a recently-released ranking, 10 of the 50 top-selling master-planned communities in the country are in the Houston area. Tied for 14th in the country was Sienna Plantation in Missouri City, which had 530 new home sales last year. Bridgeland, a community in Cypress, was 18th in the country and had 482 new homes sold last year. The ranking, compiled by John Burns Real Estate Consulting, doesn’t rank any Houston MPC’s in its top 10.