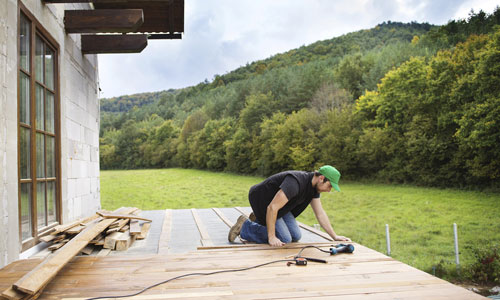 U.S. homebuilders haven’t seen quite the same gains as the broader real estate market in recent years, but signs are beginning to point in the industry’s favor this year. A new report from LEK Consulting and Wells Fargo’s U.S. investment banking division stakes out a bullish case for homebuilders in 2019 thanks to more favorable forecasts on interest rates and strong consumer sentiment.

The report, titled “Navigating Volatility in the U.S. Residential New Construction Sector,” points to the nation’s housing shortfall as perhaps the biggest driver of builder growth. Nationwide housing starts remain 22 percent below their historical average (between 1980 and 2000), a lingering effect of the 2008 financial crisis. But more moderate increases in interest rates are coinciding with an overall plateau in home price appreciation. LEK and Wells Fargo analysts contend that these factors, along with a generally strong economy, could give homebuilders the headroom they need to ramp up production.

“An economic recession may seem overdue, given historical trends,” Shaw said in the report. “But given our industry specific observations on supply, demand and the level of key economic indicators, we expect the impact of any slowdown on residential new construction activity to be muted. The outlook for residential construction in 2019 is improving versus late 2018, and there are sufficient tailwinds to carry the industry through any near-term economic turbulence.”

Just a few days after the release of the LEK and Wells Fargo report, a key indicator of builder sentiment also ticked up for the second month in a row. The National Association of Home Builders’ Housing Market Index (also produced in conjunction with Wells Fargo) rose four points in February to 62. Also for the second consecutive month, builders responding to the HMI survey reported growing confidence in all three subcategories: current sales conditions, buyer traffic and six-month business outlook.

Like the recent LEK and Wells Fargo report, the NAHB attributed the recent confidence boost to consumers and interest rates. U.S. unemployment remains near record-low levels, giving Americans the confidence to make big investment decisions. Those decisions are made somewhat easier by mortgage rates that are trending lower. Homebuilders are pinning their hopes on these two developments as they look ahead to an otherwise uncertain year.