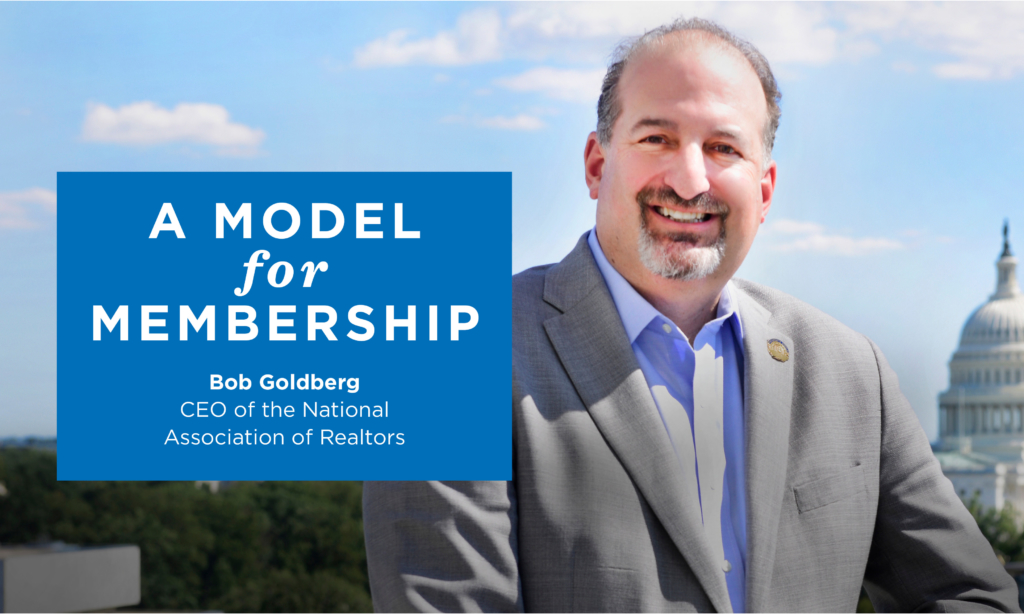 Real estate associations have provided a system of support to generations of agents and brokers. Whether large, national organizations of small, local groups, they offer tools and resources intended to help industry professionals succeed and better serve their clients.

Joining a professional organization often allows immediate entry into a circle of driven and knowledgeable individuals who share an interest in improving their careers. For real estate agents and brokers, membership in an association can immediately provide the tools, training and resources they need to succeed.

As the real estate industry continues to evolve, associations function as a reliable support system for professionals. For the cost of dues, members take advantage of benefits such as networking events, business tools, discounts and education opportunities.

Associations can also seem unwieldy from the outside. With membership numbers ranging from hundreds to millions, they often have to fight the perception that the voices of individual agents go unheard. Their decades-long history often make them seem staid stale, especially compared to more exciting market disruptors. Agents might question membership fees and associated expenses when they look at their individual budgets, particularly when companies like Zillow purport to offer some of the same services, sometimes at lower costs.

Associations still provide many of the services they always offered to agents and brokers. Now, however, many feel compelled to help real estate professionals remain relevant in a marketplace in which they have to deal with competing, non-traditional business models that aren’t restrained by old ways of doing things.

John Nugent, chairman-elect of Houston Association of Realtors, sees his association’s role as one of explaining the changing landscape of the real estate market and educating members to help them adjust their value proposition to respond to market disruptions.

“Our goal as an association is to help people understand the disruptions that are occurring, what the causes are and how to deal with it,” Nugent said. “Basically, that is through educating our members, keeping them involved in current market activities and the training that we that we offer our agents.”

Cindi Bulla, chairman-elect of Texas Realtors, said that her association is trying to change the vernacular, jettisoning the term disruptors in favor of innovators. “They’ve always been around in different forms,” she said of disruptors. “It’s almost like you can match a decade to this or that new, quote-unquote, ‘disrupter.’ One of the things we as an association have to be really clear about is that those so-called disruptors are our members. The duties that we have to one member are no more or no less than the duties that we have to all of our members. I think our role is really limited to providing member awareness, and particularly providing consumer awareness that the consumer has choices, and those choices are many. What might fit one consumer might not fit another consumer.”

Communication challenges with a growing base

Bob Goldberg, chief executive officer of the National Association of Realtors, said his organization is constantly working to improve lines of communication so that he and his board can understand the mindset of its members. When he became CEO two years ago, Goldberg implemented an executive outreach program to strengthen those ties with members and increase engagement.

“I created a team whose only job is member engagement: to go out and make sure that they are talking, engaging, showing up at meetings and doing a lot of face-to-face things that I think a lot of associations over the years have lost the ability to do,” he said. “We have [nearly] 1.4 million members, so it’s a big task to go out and really get in front of people.”

At the national level, the organization also has to stay in touch with smaller associations that make up the three-way agreement of local, state and national groups. Goldberg saw a gap there as well and instituted a plan to keep staff involved in what’s happening across the country. “I assign two or more of our senior executives and our vice presidents to each of our respective 13 regions around the country,” Goldberg said. “They have responsibility for going out and ensuring member outreach.”

Goldberg’s efforts appear to be working. Membership numbers remain strong for the largest association. However, these figures do tend to follow the market, and recently the market has been pretty positive for real estate. In 2012, during the height of the housing crisis, membership dipped below the $1 million mark. While the recession that some economists are bracing for isn’t expected to have such a close tie with the real estate industry as the last one did, any economic downturn could cause members to reconsider their business expenses, and dues dollars certainly aren’t immune to that.

HAR stays on top of member needs by soliciting feedback from members. The group’s executive committee attends local meetings to find out what agents need and where the association can make improvements. Nugent said members seldom complain about where their dues go, but that misconceptions about the association’s policies and priorities sometimes need to be addressed.

“We have to try to push back on that through various meetings and education,” Nugent said. “We published an article in our little magazine [Houston Realtor] a month or two ago titled ‘Fact vs. Fiction.’ So, it’s either fact or it’s fiction, and we deal with issues that way. There’s always somebody who is going to have a misunderstanding at some level; we try to keep people informed. The hardest part sometimes is getting people to read the articles.”

An association’s focus on education is often two-pronged, as both an effort to maintain professionalism among the ranks and to help fill the many gaps that exist between licensing classes and the actual practice of real estate. A 2018 survey by NAR found that 29 percent of its members had fewer than two years of experience in the field.

Overall, Goldberg noted that with business-minded members, it’s important to demonstrate a clear return on the investment of dues dollars. “For us it’s all about ‘how do we make our members more profitable?’” he said. “How do we help improve their ROI?”

Nugent said HAR has a robust education and training program that covers topics such as marketing, technology, advertising and how to appeal property taxes.

“We offer webinars where they don’t have to come to class,” Nugent said. “We bring in top-of-the-line speakers from all over the country, from various disciplines and backgrounds to keep our agents educated. We keep them informed with programs like HAR Engage and where they can come and listen to people put on programs that that will benefit them as to how the market is changing and what they need to do to stay abreast of everything.”

Texas Realtors takes an activist approach to making sure the real estate market itself remains robust.

Hearing members’ voices — the positive and the negative

Keeping every member of an association happy at all times is an impossible task. But that doesn’t mean member complaints go unheard.

He regularly communicates with realtors on social media and personally responds to nearly anyone who contacts him within three or four days, whether through email, texts, calls or social media platforms like LinkedIn.

“I feel it’s our obligation as an association,” Goldberg said. “I’ve made the same request of my staff: Get engaged in social media. … We’re here to be stewards for our members. We’re their association. Our job as key staff is to be out there, listen to what our members say and help answer their questions.”

Bulla said that having hard conversations with members are the key to serving them better.

“Our members are very bright people,” she said. “They’re entrepreneurs, and they wouldn’t be in business for themselves and be successful if they weren’t. They’re totally capable of understanding a budget conversation. But we all sometimes have a tendency to have a conversation among the upper echelon of the elected leaders and forget to go back and have that conversation with the members. We have what we call 360 meetings, and it’s for our entire leadership team or a four person senior leadership team. We go out to the region throughout Texas, and we take our most difficult and challenging topics, and we put them on there.”

Technology is constantly changing the face of real estate and how agents connect with their clients. From the advent of market disruptors such as Zillow and Redfin to the rise of the smartphone, agents constantly have to be aware of new technology, tools and tactics.

Associations sometimes respond to those changing dynamics in the marketplace by investing in suites of tools that are intended to make members more competitive.

HAR offers its members access to a powerful MLS that, according to Nugent, has 97 to 98 percent of the listings in Texas. Still, the association sometimes looks to the marketplace for new resources to help agents.

“We’re not adverse to looking outside for other tools and products if it is something that that we don’t have,” Nugent said. “If we can’t develop in-house something that is as good or better than what’s being offered, then we have to go outside and utilize those tools for our members. They demand the best and we’re going to give it to them.”

Texas Realtors takes a deliberate approach when deciding whether to partner with an outside company. “If we think there’s going to be a dramatic effect on the market for that product as a result of us getting involved, then that would be when we start weighing the pros and cons,” Bulla said. “That would be one area where we might say, ‘you know, this might not be as good an idea as we thought.’”

Developing new technology is expensive and risky. The process is time-consuming and there’s a strong possibility that the end result will be disappointing. The tech might be too hard to use, it may not solve the problem it was developed to address or something better might already be on the market, leaving agents to wonder why their dues dollars should go toward creating such tools.

In the past, the NAR often dedicated its resources to developing technology, such as the Realtors Property Resource program, in-house. Goldberg has shifted the focus to partnerships with outside companies, most notably ending the association’s involvement in the Upstream data management project last December. NAR has created member insight panels to help companies develop useful tech tools with the particular needs of real estate professionals in mind.

“We have a lot of partnerships with companies that we don’t have an equity investment in, and we also have companies where we do have in some cases have a very small equity position,” Goldberg said. “It allows us to help influence all that’s being done so that we can put a lot more arrows in the quiver of providing benefits to our members.”