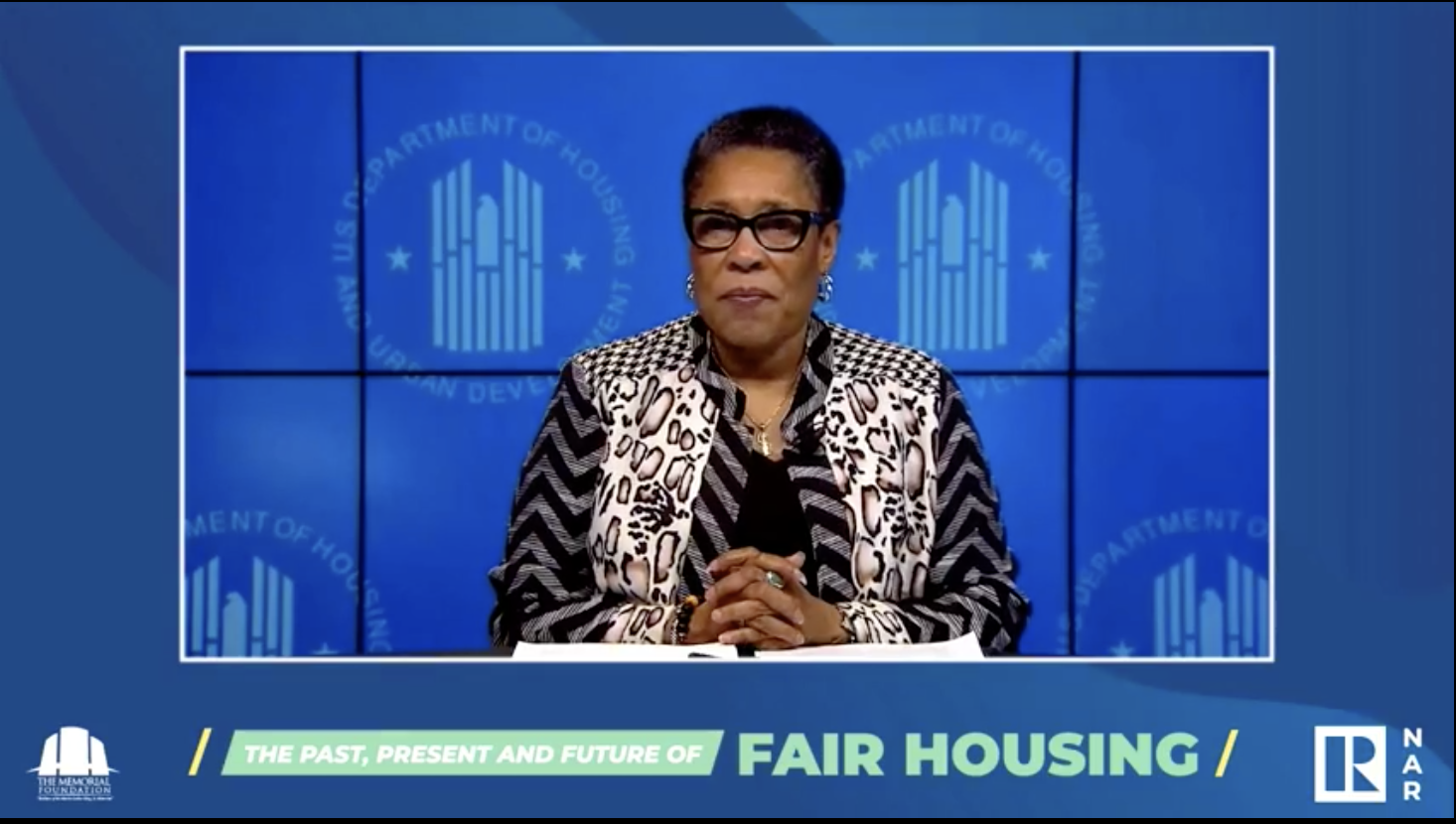 Black ownership is less than it was when the U.S. Fair Housing Act was passed in 1964, and the U.S. Department of Housing and Urban Development has a plan to fix it, according to HUD Secretary Marcia Fudge.

“The percentage of people of color who own homes is a disgrace to this nation, so we’re going to do our part to make sure we can assist with down payments, education and counseling for buyers, and make sure credit is available,” Fudge said at a panel discussion Thursday with officials from the National Association of Realtors (NAR) and The Memorial Foundation.

“I would hope that Realtors work with us and promise us that they will make sure, on their end, that there is fairness as well,” she said, adding that part of the solution to closing the racial homeownership gap needs to include more people of color appraising properties.

At “The Past, Present, and Future of Fair Housing” Facebook Live event moderated by Soledad O’Brien, host of the TV show “Matter of Fact with Soledad O’Brien,” Fudge was joined by 2021 NAR President Charlie Oppler and Harry Johnson, president and CEO of The Memorial Foundation.

“NAR is a proud champion for fair housing, but we haven’t always been. Like much of America, it’s been a journey to get to this point,” Oppler said, adding that NAR is committed to the belief that everyone has the right to live where they choose.

“We are strengthening this initiative every day to increase accountability, culture change and training. One of our top priorities is closing the racial homeownership gap and making housing available and affordable for all,” Oppler added.

Fudge called the Fair Housing Act “the bedrock of what we do every day [at HUD].”

“But more importantly, it’s the law, and we intend to enforce it,” she said. “We need to… look at what have historically been the systemic policies that have created the inequities we see, and to try to correct them and eradicate discrimination in every way we possibly can.”

Fudge attributed these inequities to a multitude of factors, including redlining and segregation, the way credit is handled and how the U.S. deals with student loan debt, which is higher amongst people of color. She also said Realtors are often complicit in causing these inequities by taking buyers into neighborhoods that are not necessarily a good fit for them, undervaluing properties and not providing the education and information that buyers need.

Last year, the Supreme Court made it illegal to discriminate based on sexual orientation and gender identity under Title VII of the 1964 Civil Rights Act. This year, HUD became the first federal agency to implement that decision. Fudge said HUD is leading the way in the effort to close the homeownership gap. HUD has issued rules regarding the court’s ruling and has educated all of its employees to abide by the Fair Housing Act.

Later on in the conversation, Soledad O’Brien was joined by other industry leaders, including Bryan Greene, NAR’s vice president of policy advocacy, and Sarah Rosen Wartell, president of the Urban Institute. These leaders agreed on a variety of issues, including correcting the credit models and policies that were implemented after the housing bubble burst in 2008, which made it increasingly difficult for low- and moderate-income households and households of color to obtain homeownership.

“If we work at it, we can make sustainable homeownership possible for people entering the housing market. We then need to put in place the building blocks like increasing financial counseling, homeownership preparation, and visibility and access to types of downpayment assistance programs and other innovative products,” said Wartell.

She added that America’s supply shortage on housing and rentals is only getting worse with the pandemic. She proposed solutions such as more flexible zoning and land usage regulations, lowering the cost of available housing inventory, taking advantage of new technologies and data access to assess credit risk and designing programs and products to help people sustain homeownership through income changes and unforeseen expenses.

“We are seeing demographic changes in this country. Young people have more student loan debt and other debt than they’ve ever had. And we also have a housing shortage in this country, which is making it especially challenging for people of color,” said Greene. “This is an opportunity for us to discuss what the future looks like and how we’re going to greet those challenges.”