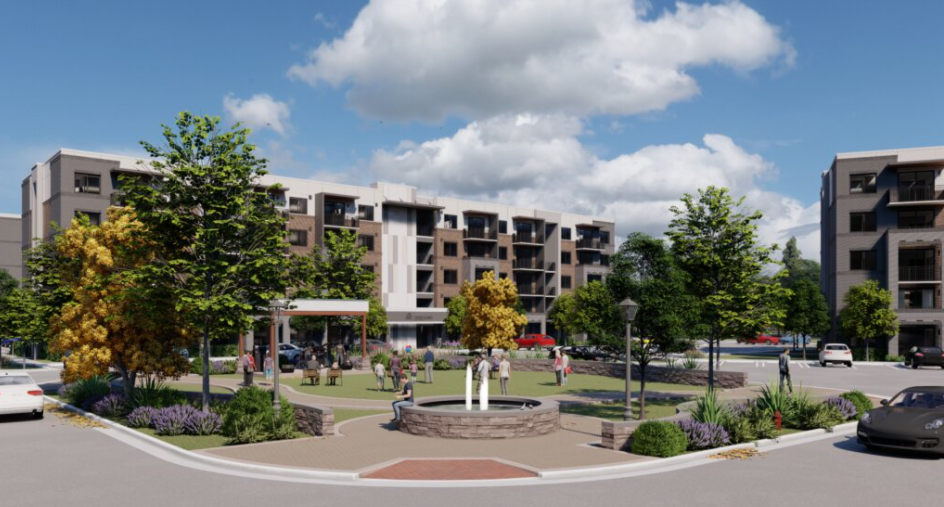 Miami apartment developer, owner and operator AHS Residential is expanding outside of Florida with the development of AHS Tributary, a 433-unit mixed-use apartment community in Atlanta’s Douglasville suburb.

The project represents AHS Residential’s first asset outside Florida. The company broke ground on the development in June and recently secured a $46.5 million construction loan from PNC Bank, according to a press release.

AHS Tributary will offer studio, one-, two-, and three-bedroom apartments and is expected to be delivered in the first quarter of 2023. The development will include a two-story, 22,000-square-foot commercial building with 9,000 square feet of retail space on the first floor and 13 one-bedroom lofts on the second floor. A 5,000-square-foot freestanding retail building is also planned.

AHS currently controls and operates more than 2,500 apartments in Florida and is expanding into Texas, as well as Georgia, with the goal of delivering up to 5,000 apartments per year by 2025. The company said its mission is to “help solve the U.S. housing crisis” by the construction of apartments in growing metro areas where many renters find themselves priced out by rising rents.

“More than 16 million households in the U.S. spend more than half of their income on rent,” AHS Residential President and CEO Ernesto Lopes said in the release. “Our goal at AHS Residential is to tackle the housing-affordability crisis that metropolitan areas face as a result of their growth. We go where the need is greatest, and Atlanta fits perfectly in our business model. In addition to Tributary, we will break ground on another project in Atlanta before the end of the year.”

The executive added that Texas is also experiencing tremendous growth, and urban areas like Dallas, Houston and Austin are seeing the same need for affordable housing. The company is currently starting to build in Dallas and will soon break ground on two more developments in the city, as well as others in Austin and Houston in the near future.