Lot values are priced at a record high… Will it continue?

Lot values for single-family detached (SFD) spec homes are surging, according to a report from the National Association of Home Builders. The Census Bureau’s Survey of Construction shows that the overall value for lots started in 2020 has increased 18%: a significant and unprecedented jump. However, these findings are in line with other current building factors including the cost of materials as well as increased demand and supply chain issues caused by the ongoing pandemic.

The median price for a SFD home lot is now $53,000. Although that’s technically a record-high, when adjusted for inflation, lots during the housing boom of 2005-2006 went for $55,000. Still, what we’re seeing is remarkably sharp growth. 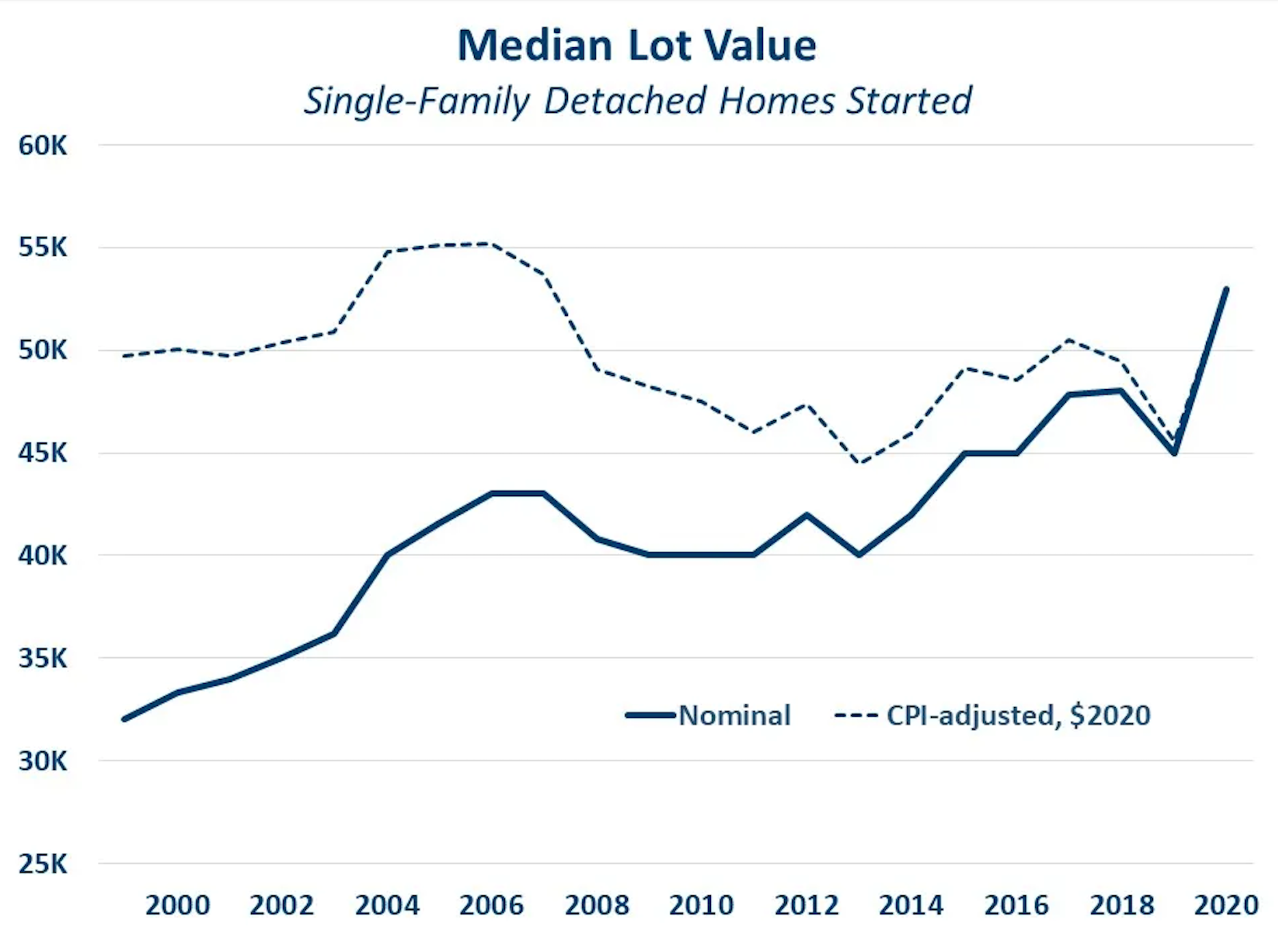 For decades, New England has been the division holding America’s most expensive lots. And after 2020, it remains in that top position with a whopping median lot price of $120,000 for SFD homes. Ranking second is the Pacific Division at $103,000 despite having the smallest lots in the nation. The rest of the median prices are as follows: