Small home builders are the mainstay of the nation’s housing industry, including a sizable number of self-employed mom-and-pop operations, according to a new study by economists at the National Association of Home Builders. 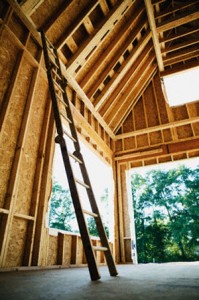 “Small businesses have always been the predominant force in housing and they lend this industry its economic vitality,” says Bob Jones, NAHB chairman. “We are seeing market conditions returning to normal in many parts of the country after a long, hard downturn, and these companies have the agility to move quickly and start leading the economy forward.”

The study notes that the small builders and tradesmen who produce the majority of the nation’s new homes “compete in a fierce marketplace that challenges their economic survival. A much higher share of small businesses both enter and fail in the residential construction industry when compared to all U.S. firms,” according to the report.

“The residential construction industry is very dynamic, and a large number of firms enter the industry each year and a large number exit each year,” the report says. “With few barriers of entry, start-up builders can launch their business with a single new home.” Most home builders and remodelers are small businesses, “further facilitating movement into the industry when opportunities improve, and exiting either because of business failure or life-cycle decisions.”

The report concludes that housing remains the domain of small businesses and looks at the Census Bureau’s Economic Census, which provides information on the size of businesses in various industries. Conducted every five years, the most recent census is based on business activity that occurred in 2007. Final tables for the construction industry were published this fall, on Oct. 19.