Nationwide existing-home sales rose sharply in December, when sales increased for the fifth time in the past six months, according to the National Association of Realtors.

Existing-home sales, which are completed transactions that include single-family, townhomes, condominiums and co-ops, rose 12.3 percent to a seasonally adjusted annual rate of 5.28 million in December from an upwardly revised 4.70 million in November, but remain 2.9 percent below the 5.44 million pace in December 2009.

Lawrence Yun, NAR chief economist, says sales are on an uptrend. “December was a good finish to 2010, when sales fluctuate more than normal. The pattern over the past six months is clearly showing a recovery,” he says. “The December pace is near the volume we’re expecting for 2011, so the market is getting much closer to an adequate, sustainable level. The recovery will likely continue as job growth gains momentum and rising rents encourage more renters into ownership while exceptional affordability conditions remain.” 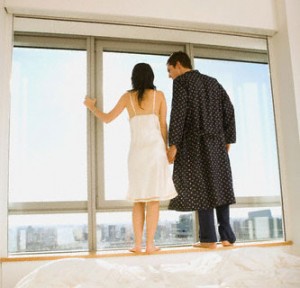 “The modest rise in distressed sales, which typically are discounted 10 to 15 percent relative to traditional homes, dampened the median price in December, but the flat price trend continues,” Yun explains.

Total housing inventory at the end of December fell 4.2 percent to 3.56 million existing homes available for sale, which represents an 8.1-month supply4 at the current sales pace, down from a 9.5-month supply in November.

A parallel NAR practitioner survey shows first-time buyers purchased 33 percent of homes in December, up from 32 percent in November, but are below a 43 percent share in December 2009.

In the South, existing-home sales increased 10.1 percent to an annual pace of 1.97 million in December but are 2.5 percent below December 2009. The median price in the South was $148,400, unchanged from a year ago.