The National Association of Home Builders hopes that this is the year for a rebound. There is reportedly more interest from potential buyers, the organization said, and new housing construction has increased during the month of January.

However, the interest from potential buyers of new construction is being offset by the amount of foreclosures currently on the market. 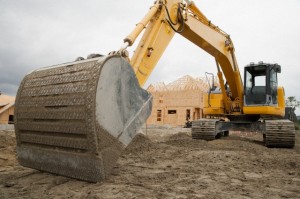 NAHB released its index of builder sentiment for February on Tuesday. Any reading below 50 indicates a negative sentiment on the market, according to NAHB. February’s index held steady at 16 from last month.

NAHB is hopeful, however, that the housing market will start to rebound this year. The industry received a boost in the first half of 2010 when the government offered tax credits to home buyers, and the goal for 2011 is to keep up that momentum. In addition, as we reported previously, housing starts rose 14.6% to an annual rate of 596,000 in January, up from 520,000 in December.

According to the Associated Press, a rebound can be expected, although the recovery will be uneven throughout the U.S. The housing market in cities in Florida, Nevada and California might take longer to recover than other cities. For example, gains in housing starts were seen in the Northeast, Midwest and South; with increases of 41.8 percent, 36.4 percent and 15.8 percent, respectively. In the West, housing starts declined 9.7 percent.