Home Sales Remain Steady But Home Values on the Decline

Zillow found that home values have been on the decline for 57 consecutive months, despite the National Association of Realtors tracking a rise in home prices in over 20 percent of metropolitan statistical areas, according to Wall Street Journal 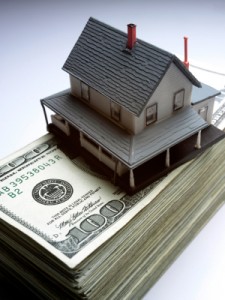 Zillow’s statistics report that home values fell 3 percent in the first quarter, a rate of decline on par with 2008’s first quarter when the recession was at its worst.

Wall Street Journal reported that NAR found existing home prices rising in 34 out of 153 metropolitan statistical areas compared to last year. Prices in areas including Miami, Phoenix, and Vegas are further dwindling, while areas such as Austin and San Antonio Texas, Charlotte and Raleigh N.C., and Chattanooga, Tenn. are seeing higher median prices, according to data.

Zillow found that 74.5 percent of US homes lost value in the past year, which is an additional 5.3 percent increase over the number of homes losing value in the fourth quarter of 2010.

Meanwhile, home sales are steady with a seasonally adjusted annual rate of 5.14 million in the first quarter.