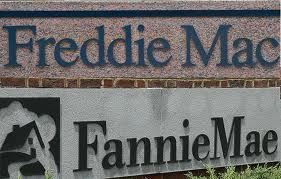 Currently, three of the four large banks have been deemed in need of substantial improvement due to their failure to prevent foreclosure. Their performance in the first quarter caused Bank of America, J.P. Morgan Chase Bank and Wells Fargo Bank to lose financial incentives from the Treasury Department.

Reform of the mortgage market has been claimed as a necessity by many, including NAR, as speculation of the governments’ involvement has led to many criticisms.

“As the leading advocate for homeownership, Realtors agree that the existing housing finance system failed and that reforms are needed; however, those reforms must be done in a methodical, measured and comprehensive effort based on practical market experience,” said NAR President, Ron Phipps to RIS Media earlier this month. “We applaud the committee’s caution as you continue to discuss this very important and complex issue.”

As the Dodd-Frank Act introduces new restrictions, a clearer picture of the government’s place in the mortgage market is expected.

An ongoing topic of concern, speakers gathered on Tuesday at a panel, “Housing Finance Reform Proposals,” in Washington. The future may be murky, and the present is unlikely to change in the near-term, one panelist said, according to Housing Wire.

Expected to make up a small portion of the rehabilitated market, are other options including a covered bond market, and an increased presence of private investor bases, but these options still need fine tuning.

Other proposals implemented under the Dodd Frank Act, such as the 20 percent QRM payments, have been met with contempt as the nation struggles to pave a definitive path toward recovery.