According to New Geography, approximately 64 percent of Millennials–those born between 1982-2003–are focused on the importance of owning a home, with 20 percent saying it is one of the most important priorities in life, followed by being a good parent and having a successful marriage. 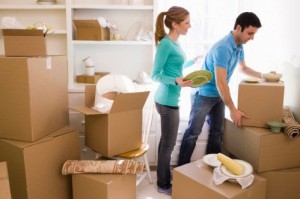 Suburban living is also reportedly seen as desirable for this age group; approximately 43 percent of the group called the suburbs an “ideal place to live” in a recent study by Frank N. Magid Associates.

“Most Millennials already live in suburbs and enjoyed growing up in suburban settings surrounded by family and friends that supported them. A certain portion, of course, enjoy living an urban life while young, but most tell researchers that they want to raise the families many are about to start in the same suburban settings they grew up in,” said New Geography.

The article also points out that the South and West, which were hardest hit by the housing market collapse, contain the largest population proportions of those between 25-34.

“Like earlier generations, especially their GI Generation great grandparents, they are likely to be cautious and frugal home-buyers,” said the article of Millennials, adding that the government must pursue a “radical reinvention of the basic home mortgage to be offered to those buying their first home” in order to tap into the potential of this group. Another issue which needs attention is the overwhelming burden of student loans, which prevent otherwise potential homeowners from achieving stable finances.

There is a general consensus that the current government actions are not doing enough for housing, with Obama himself recently saying housing “hasn’t bottomed out as quickly as we expected.”

In a time when the market is struggling, and many are believed to be waiting it out for a better time to buy a home, strong consumer desires to own a home prove hopeful, but especially when these desires are portrayed among the largest generation in American history. However, this age group is not alone in their desire to own a home.

In late June, NAHB found that 75 percent of 2,000 poll takers viewed owning a home as the best long-term investment to make. Additionally, 95 percent of current homeowners were happy with their decision to own a home.

“To restore this part of the American Dream, and to lift the worry of millions of Americans whose house is worth less than what they owe on their mortgage, the Obama administration must take bold steps to restore a vibrant residential housing market. President Obama, who built his winning margin in 2008 through an unprecedented mobilization of Millennial voters, is the ideal person to combine a plan for economic recovery efforts with meeting the aspirational goals of most Millennials to own their own home,” stated New Geography.