Case-Shiller Reports 3.6 Percent Increase in Home Prices for US 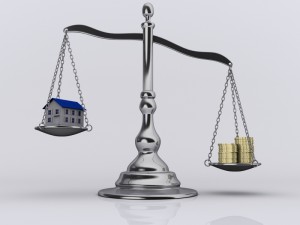 The U.S. National Home Price Index increased by 3.6 percent in the second quarter, a recovery from the 4.1 percent decline in the first quarter. S&P does not compile a price index for Houston, but it does track data for Dallas, which posted 1.4 percent gains from May to June and 0.9 percent gains from April to May. A leading measure of U.S. home prices, the Case-Shiller monitors prices in several metropolitan areas across the country.

One negative area in the new Case-Shiller, though, was year-to-year comparisons, as the index did not fare well when compared to 2010 totals. The national index was down 5.9 percent from the second quarter of 2010, while the Dallas index was down 4.3 percent, among the lowest declines in the nation. Altogether, Standard & Poor’s estimates that national home prices are now at early 2003 levels.

David M. Blitzer, the chairman of the index committee, said the mixed data suggests a shift from national housing data to regional.

“This month’s report showed mixed signals for recovery in home prices. No cities made new lows in June 2011, and the majority of cities are seeing improved annual rates,” Blitzer said. “Looking across the cities, eight bottomed in 2009 and have remained above their lows. These include all the California cities plus Dallas, Denver and Washington DC … At the other extreme, those which set new lows in 2011 include the four Sunbelt cities – Las Vegas, Miami, Phoenix and Tampa – as well as the weakest of all, Detroit. These shifts suggest that we are back to regional housing markets, rather than a national housing market where everything rose and fell together.