After weeks of deliberation and endless hours of lobbying from the National Association of Realtors and other interest groups, Congress has finally agreed upon a resolution for raising the limits of federal conforming home loans, according to a new report from Bloomberg. 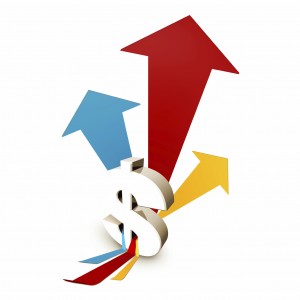 Congress finally settled on a bill to increase federal loan limits, but with certain caveats that may anger housing interest groups.

Originally passed in late 2008 to counter the stricter lending standards followed by private banks, loan limits were raised from $625,500 to $729,750 for all Fannie Mae, Freddie Mac and Federal Housing Administration (FHA) loans. Those higher limits expired, though, on Oct. 1, and until Congress’ agreement, there seemed little hope of the limits being raised again, even after the Senate approved an increase.

According to the Bloomberg report, concessions were made to reconcile the Senate bill, which raised limits for all GSEs, and the House bill, which had difficulty garnering bipartisan support. Rather than raise all loan limits, only FHA loans will be raised to the $729,750, while loans from Freddie and Fannie will remain at the lower level. Not all congressman, though, are pleased with even a weaker bill being put to a House vote.

“The agreement on the loan limits will require House leaders to put the provision on the House floor against the wishes of lawmakers including House Financial Services Chairman Spencer Bachus, an Alabama Republican, and Representative Jeb Hensarling of Texas, the committee’s vice chairman and the chairman of the House Republican Conference,” writes Phil Mattingly for Bloomberg.

“Further expanding the federal government’s role in the secondary mortgage market is not necessary,” said Bachus and the other chairmen.

The limits, which vary by locale, currently apply to loans backed by the FHA and Fannie Mae and Freddie Mac, which together buy or guarantee about 90 percent of all residential home loans.

The Senate bill, which was primarily supported by Senators Robert Menendez, a New Jersey Democrat, and Johnny Isakson, a Georgia Republican, raised the limits for all three housing agencies until Dec. 31, 2013. It remains to be seen what deadlines will exist for an FHA-exlusive increase.