Residential Hibernation – Is Housing Ready to Wake Up? 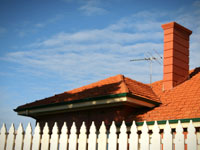 Several indicators suggest that housing professionals should be looking up in 2012.

For most of 2011, housing has been on a sidewayspath, neither faltering nor rising above the sleepy market that took over after the immediate losses following 2007.

A new piece by CNBC’s Albert Bozzo, though, suggests that 2012 will be a year of anticipation for residential housing, as the market seems prone to grow out of its current rut.

Referencing several metropolitan areas where home prices have stabilized and foreclosures decreased, Bozzo wrote that analysts are citing numerous data in support of their statements.

Stephen Kim, for instance, an analyst with Barclays Capital, said in a recent note to investors, “It has become increasingly apparent to us that the pieces for a housing rebound next year are beginning to fall into place.”

Jerry Howard, the president and CEO of the National Association of Home Builders (NAHB), said the worst of the housing market does not speak for the majority.

“With the exception of really hard-hit markets, the vast majority is ready to turn around,” Howard said. “The Washington, D.C., area is not only ripe for recovery, they need to start building units.”

The NAHB just recently unveiled a new index that specifically targets such markets, and the latest index added 20 new cities to its roster.

Bozzo cited additional data to back up his claims. In cities such as Tampa, Fla., Grand Rapids, Mich. and Green Bay, Wis, existing single-family home sales prices rose by 1-2 percent, trending with the improving jobless rates and payrolls in the areas.

The data is even more promising on a national level.

“More broadly, 40 percent of all states showed existing home sale increases on both a quarterly and annual basis in the third quarter, according to National Association of Realtors data,” Bozzo stated.

And recent research by the National Association of Realtors (NAR) suggests that there is a considerable, untapped demand for housing that has yet to materialize.

“We believe there is sizable housing demand that could be released into the market,” says Lawrence Yun, the chief economist of the NAR.

Bozzo does note, though, that not everyone shares the optimism of the NAR and NAHB.

Richard Smith, for instance, the CEO of Realogy, said some analysts are getting ahead of themselves.

“I think it’s premature,” Smith said. “We see little indications here and there. Transaction volume is improving. Prices are still under pressure. This isn’t going to be one of those spiked robust recoveries.”

Smith’s view mirrors that of Doug Duncan, Fannie Mae’s chief economist, who predicted just on Tuesday that housing would limp along for another five years before truly growing again.

And even with the improved sales and job statistics, foreclosures remain the ominous threat lurking around the corner. Though foreclosures are down substantially year-over-year in some states (55 percent in Florida, 31 percent in California almost 27 percent nationwide), the decline is due more to slowdowns following 2010’s robo signing scandal than decreased inventory. There are still untold properties that are either REO or in the foreclosure process, and they pose a problem for any future stability in housing.

But still, uncertainty should not sideline any strategizing for 2012, and public relations firm Taylor Johnson has spoken with some of real estate’s most noted experts on what trends to follow in 2012.

One idea the firm reported was translating homes into rentals, and then searching for a new property. Brian Brunhofer, the president of Meritus Homes, said the flourishing rental markets have made that option more appealing to homeowners.

“It’s a smart option for many of our buyers, as they can hold onto their current home rather than sell at a loss, while still being able to move into a larger house that better suits their needs,” Brunhofer said.

Another idea, which is a bit on the bold side, suggests a complete embrace of the renting mentality as homeowners shift to renting at an increasing rate, rather than holding on to sellable properties.

“We see this downward trend in homeownership rates continuing into 2012 and beyond. We are in the process of a shift from an ‘ownership society’ to a ‘rentership society’,” said Jim McClelland, CEO of MACK Companies. “That means good things for the rental side of the market in 2012 and beyond. We predict single-family rental homes as a particularly bright spot, driven by the millions of families who either lost their home to foreclosure or simply can’t secure a mortgage.”

Probably the biggest factor, though, dealt with longevity. No longer are homebuyers purchasing a property with the intent to sell. Now, with prices stagnant and selling a sometime difficult proposition, homes are seen as a long-term investment, and the experts think that real estate professionals should bear that in mind for 2012.

One area that Taylor Johnson highlighted was location. Jeff Benach, a co-principal at Lexington Homes, said buyers want not a mere “good” location, but a perfect location.

“It’s not enough for a home to have a good location, it has to have a great location, or buyers won’t even consider it. They want transportation, retail conveniences and good schools or the home is off their list,” Benach said. “Today, buyers who don’t even have kids want to be near good schools. And the days of buyers willing to accept a long commute to work or the grocery store are over. Buyers want to run out for ice cream and still have it be frozen when they get home.”

Also prevalent were secondary bedrooms. Brunhofer said the feature has become so important that it could be a deal breaker in 2012.

“Before, buyers would rationalize that once they outgrew their home they could just move,” Brunhofer said. “But now that buyers are purchasing for the long haul they want that extra bedroom space. We are especially seeing growing interest in a first-floor bedroom – not necessarily a master suite, but a space that gives potential bounce-back kids or extended-stay foreign relatives more privacy. It’s also a good space for an aging parent or grandparent who needs single-level living.”