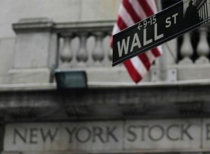 Housing stock market is apparently on the mend.

Investors say they are  “cautiously optimistic,” about the housing market as home builder stocks have hit their highest point in two years after a six month rising period.

According to an article by the New York Times, the market rates are nowhere near their peaks in 2005, but have made significant improvement in recent months.

“Over all, it shows the housing market is improving, but still it is depressed,” said Patrick Newport, an economist with IHS Global Insight.

Some investors, such as the investors who are part of Federated Investors, have seen their stock price nearly double. Federated invested a few million dollars into the home builder Lennar with the hope of receiving a 20 or 30 percent return.

Unfortunately, according to the Times, investors looking to hop on the train are most likely too late as shares typically increase during the spring and summer home-selling season.

“If you were looking for a home run kind of move, you needed to have bought when the stocks were significantly undervalued six months ago,” said Philip J. Orlando, Federated’s chief equities market strategist. “But we are starting to see fundamental improvement,” he said. “So, you may have a situation where instead of stocks falling, maybe they drift sideways. We are not looking for a collapse. We are just not looking for a move up.”

According to the National Association of Home Builders, their housing market index, which measures homebuilder outlook was at a consistent 28 through February and March. This is the highest score the index has reached in five years.

Economic data has shown that builders requested 5.1 percent more permits in February and that sales of previously owned homes was at its second highest level in 21 months.

The Times says that some of the issues keeping the market from improving further are the amount of foreclosed properties on the market, high unemployment rates and very strict lending standards that are keeping many from obtaining loans with witch to buy homes.

Homebuilder shares lost half of their value in 2007 when the housing market crashed and depreciated even further in the two years following but things seem to looking up for the first time in years.

In January, Chicago Agent reported that home sales were at their highest level in 19 months and mirrored the Times opinion that there have been pent- up desires in consumers to buy homes during low employment and tough economic times.