Houston Poised For Yet Another Strong Month of Real Estate 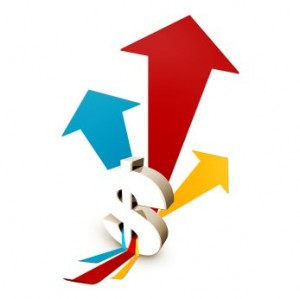 Houston seems poised for yet another strong month of housing, based on HAR/Better Homes and Gardens Real Estate Gary Greene reports.

The Houston Association of Realtors (HAR) has yet to release its official data on June home sales, but if early reports are to be believed, it seems we’re poised for yet another strong performance from the Bayou City’s real estate markets.

According to an early look from Tom Plant’s HAR blog, single-family home sales in June exceeded 6,400, which is the most since August 2007, and inventory held steady at 5.6 months supply, an “unprecedented” development, according to Plant (inventory normally rises in the spring and summer months) that makes Houston a seller’s market.

Those findings are consistent with an earlier report from Better Homes and Gardens Real Estate Gary Greene, which studied HAR MLS data and found:

Better Homes and Gardens Real Estate Gary Greene’s report also pointed out that Houston’s strong, consistent economy is a big part of its progress in housing. According to the Greater Houston Partnership, 1,000 people relocate to Houston each week, and the city has created 188,000 private sector jobs the last two and a half years.

Cody Phillips, a Gary Greene agent who works in Houston’s Inner Loop and Woodlands markets, said that with the huge amount of energy jobs coming to Southern Texas, the demand for housing has been very strong.

“The Houston market has been great,” he said, adding that he just learned from his broker that his specific office saw an increase in sales and listings for June.

In fact, Phillips said that pretty much every area located near the major arteries between Houston, Dallas and Austin have all seen their real estate markets prosper in recent months, with Houston’s master planned communities to the west and north showing particular gains.