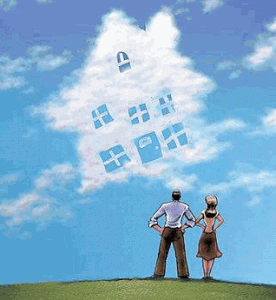 Buyer interest has risen substantially in the last year, according to a new REBAC survey.

Nearly six in 10 respondents to the latest Real Estate Buyer’s Agent Council (REBAC) survey reported higher buyer interest in 2012, a 34 percent increase from 2011 and one of the strongest signifiers yet of greater demand in real estate.

What’s more impressive, the number of agents who reported fewer buyer inquiries in the last year dropped by nearly half, from 29 percent to just 15 percent.

There was an additional (and interesting) nuance to REBAC’s survey, one that executive director Marc Gould actually did not draw attention to in his RisMedia article on the survey. REBAC asked its members for the top issues that prevented buyers in their local markets from completing a purchase, and for 2012, the top three were obtaining financing (49 percent of respondents), problems selling their current homes (43 percent) and economic security (50 percent).

For the first time in three years, though, “holding out for lower prices” was not among the top three reasons, a telling sign of how far home prices have gone since 2011. After early signs of stabilization in April, index after index has reported positive trends for prices, and finally last month, the Case-Shiller, the most influential index of all, went positive, and analysts are closely watching its next release on July 31.

Both findings are consistent with what Mike Pushkin, an agent with Neuhaus Realty in Houston, has observed throughout the Bayou City.

“There have been buyers popping out of thin air recently,” Pushkin said, and interestingly, many of them are primarily interested in property’s within Houston’s higher price bracket, a finding perfectly consistent with the latest Houston housing data from the MLS.

A huge factor in that buyer interest, Pushkin continued, has been rising rents. Originally a leasing agent, Pushkin said that rents have “skyrocketed” in the last year, and have risen so substantially in some areas (to the tune of $300 a month for some renters) that consumers can save quite a bit of money by buying a house – because in end, rising rents do not benefit the consumer.

“You’re not getting any added value [when rents rise],” Pushkin said. “The prices are just going up.”