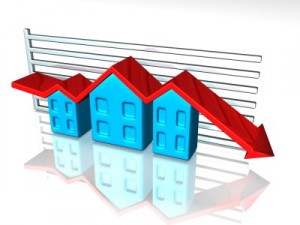 New-home inventory fell in June, bringing the battle-worn housing sector that much closer to health.

New residential single-family home sales were up 15.1 percent in June year-over-year, according to the latest data from the U.S. Census Bureau.

The increase comes a week after existing-home sales rose 7.9 percent from the year before, and like that data, which was released by the National Association of Realtors, the Census Bureau’s data emphasized the continuing balance of housing’s inventory levels.

But first, some other important details from the report:

Probably the biggest takeaway from the June report, though, was new-home inventory, which at 144,000 homes represented a 4.9-months supply, or an increase of 0.4 months from May.

When housing inventory, both for new homes and existing homes, is less than six months supply, it represents a normal rate of inventory, and new-home inventory has traveled quite the distance in the post-boom economy. As many remember, new-home supply skyrocketed during the housing boom, and builders were left with more than a million unsold, vacant new properties when the market began to slow in 2007 and especially 2008 (here’s a great graph of that timeline).

New-home inventory peaked in January 2009 at 12.1-months supply, but with builders holding off like they have on many new developments, the market has slowly, but surely, absorbed all that excess inventory, bringing it down to today’s healthy levels – and bringing us one step closer to that long-awaited recovery for housing.