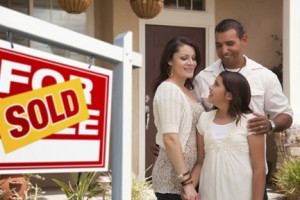 Hispanic homebuyers are having greater and greater influence on the makeup of the U.S. housing market, according to new Census Bureau data.

New household formation increased by 125,000 year-over-year in 2012’s second quarter to 74.8 households, and amidst those increases, one ethnic group stood apart: Hispanic homebuyers.

While white and black households declined (by 649,000 and 81,000, respectively), Hispanic households grew, forming 453,000 new owner households in the same period and accounting for 53 percent of total new households for minorities.

The Arrival of the Hispanic Homebuyer

The data is further confirmation of something we’ve reported on before: that Hispanics are having a greater and greater impact on the U.S. housing market. Some other important stats to consider:

The Factors of Homeownership

“The persistent growth of Hispanic homeownership even in the midst of a lagging economy underscores a basic reality,” he said.”First-time minority homebuyers, led by the burgeoning population growth and purchasing power of Hispanics and Asians, are the key to America’s housing and economic recovery.”