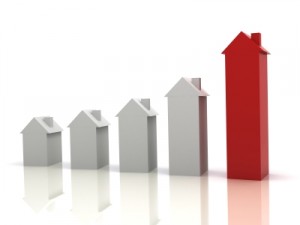 The CoreLogic Home Price Index rose 3.8 percent in July, the highest yearly increase for the index since August 2006.

The CoreLogic Home Price Index (HPI) increased by 3.8 percent in July from a year ago, the highest year-over-year increase for the index in nearly six years, according to the California-based data company.

Not since August 2006 has the HPI posted similar increases, and it also increased monthly from June to July by 1.3 percent (including distressed sales), which marks the fifth consecutive month of both yearly and monthly home price increase.

2012 a Positive Year for Home Prices

Mark Fleming, the chief economist for CoreLogic, said that though most analysts expect home prices to taper off somewhat near the end of the year – we are, after all, coming off a strong summer homebuying season – he does anticipate 2012 being a positive year for home prices and the Home Price Index.

“The housing market continues its positive trajectory with significant price gains in July and our expectation of a further increase in August,” Fleming said. “While the pace of growth is moderating as we transition to the off-season for home buying, we expect a positive gain in price levels for the full year.”

Also, CoreLogic included a specific breakdown on what states saw the greatest price  depreciation in July, and as usual, the inclusion of distressed sales played a big role in the outcome.