So, You Accidentally Bought A Meth Lab 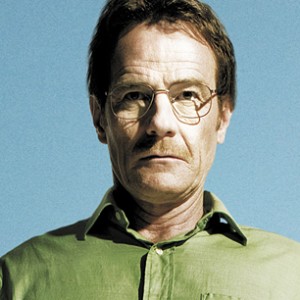 No, we're not advertising the next season of "Breaking Bad" – someone literally bought a house that was a former meth lab.

Imagine finding your dream home – then finding out that the home was used as a meth lab by its previous owners. No, this isn’t an idea for Breaking Bad to live on after its series finale in 2013, it happened to Jonathan Hankins.

Jonathan Hankins started a campaign on Change.org after learning that the home he had purchased from Freddie Mac was used as a clandestine meth lab by previous owners. Hankins says within days of moving in, he, his wife, and 2-year-old child developed symptoms ranging from mouth sores to nosebleeds just weeks after moving in.

Since he started the campaign, more than 190,000 people in all 50 states have joined a popular campaign on Change.org calling on housing lender Freddie Mac to test each home it sells for contamination with meth.

Are You Living in a Former Meth Lab?

Scarily, apparently this is a “nationwide issue,’ according to the United States Drug Enforcement Agency. Meth lab remediation experts estimate that as many as 2.5 million homes across the United States may be contaminated with methamphetamine and its precursors and byproducts.

Hankins says he hopes to prevent others from suffering the same fate by bringing similar awareness to the dangers of meth contamination as there is around lead contamination.

“Now that almost 200,000 people have signed my Change.org petition, I’m hoping for justice for my family, but I also want to help make sure this doesn’t happen to others buying Freddie Mac homes,” added Hankins.

“Jonathan Hankins is taking a personal trauma and turning it into an opportunity for action for thousands of people across the country,” said William Winters, Senior Campaigner at Change.org. “His campaign is a stunning example of how awareness of an issue like methamphetamine contamination can spread quickly through sites like Change.org.”