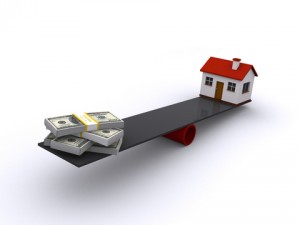 Both PulteGroup and Lennar Corp. are reaping significant profits from their in-house lending departments.

Some of the nation’s top homebuilders, including PulteGroup and Lennar Corp., are finding a substantial revenue stream from an unlikely source – mortgage lending.

Both builders, reports Bloomberg, have seen sizable returns from their in-house mortgage lenders, with PulteGroup’s mortgage revenue increasing by 70 percent in the third quarter and Lennar’s by 60 percent.

Homebuilders in the Mortgage Lending Market

Those returns are six times what PulteGroup’s home sales revenue was in the third quarter, and double what Lennar’s was, and both companies are posting their biggest profits since 2006. As we first reported yesterday, though, a big part of those returns has to do with a most interesting loophole that has developed in lending circles in 2012:

Regardless of the reasons, homebuilders across the nation are reporting impressive profits. In addition to PulteGroup and Lennar Corp., DR Horton profits are expected to grow 75 percent, while NVR Inc.’s are expected to rise by 70 percent, according to analyst projections referenced by Bloomberg (we should add, we are correlating homebuilders’ lending success with their overall profits; none post lending margins in their earnings statements).

As Bloomberg points out, though, this gray area in home financing could be impacted by several factors, including: the pending Dodd-Frank regulatory bill, which has not yet categorized homebuilder lending; plans to privatize Fannie Mae and Freddie Mac, and reform the secondary mortgage market; and any change in monetary policy from the Fed, which, to be fair, is unlikely to happen for at least another three years.

What are your thoughts, though? Is this a new, permanent feature of America’s homebuilding sector, or should builders not get too comfy, given the eccentricities of today’s lending environment?