West Houston Association Installs New Officers to Board of Directors

The West Houston Association installed two new officers to its board of directors this year: Peter Houghton as chairman and John Moody as vice chairman. 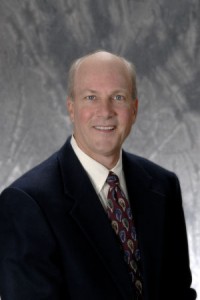 Peter Houghton is the new chairman of the West Houston Association.

Houghton is the vice president of master-planned communities for Bridgeland, a development in northwest Houston. He has been involved in several projects during is tenure in Houston land development, including Cinco Ranch, Greatwood, Telfair and Eagle Springs. Houghton has been active in the industry since 1978 and worked for companies such as American General, Terrabrook, Newland Communities and General Growth Properties. He has also been active in his community, serving on the boards of the Katy YMCA, Katy Chamber of Commerce, the North Fort Bend Water Authority and numerous homeowners associations.

“I am very honored to be chosen as chairman of the West Houston Association,” Houghton said. “I am very excited to be representing an organization that takes a proactive stance for community improvements, which will insure that West Houston continues to be a desirable place to live, work and shop.”

Houghton said the West Houston Association has supported projects like the expansion of the Katy Freeway, construction of Segment D of the Grand Parkway and support for ReBuild Houston. He plans to continue those community efforts.

“The West Houston Association is testimony to the ‘can-do’ attitude that makes Houston the ency of the rest of the country for its ability to attract new business and job opportunities,” he said. 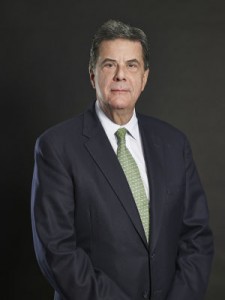 John Moody is the new vice chairman of the West Houston Association.

Moody, the organizer and sponsor of Parkside Capital Lake Fund, Ltd., has a long history in the Houston real estate industry. He began his career as the founder of Wood, Campbell, Moody & Gibbs, a commercial law firm, and he was later responsible for the management of more than $3 billion in assets for Paine Webber Properties. He also led the operations of Cornerstone Properties, Marsh & McLennan Realty Advisors and HRO Asset Management. In addition to the West Houston Association, Moody serves on the boards of the Potlach Corporation, Huron Consulting Group, Inc., Hines Global REIT and the St. John’s School.

“I am pleased to have joined the board of the West Houston Association,” Moody said. “This organization includes the leading developers, engineers, law firms and decision makers that are active in the development and growth of the western portion of our metro area.”

Moody says the organization will work to improve the growth and development of utilities, drainage, road and transit, environmental and legislative policies: “We work with all the public bodies at the city, country and state level to provide a cooperative voice in solving issues for the general welfare of our larger community,” he said. “I look forward to serving for years to come.”

HAR: Low pending listings could lead to slower closings in weeks ahead