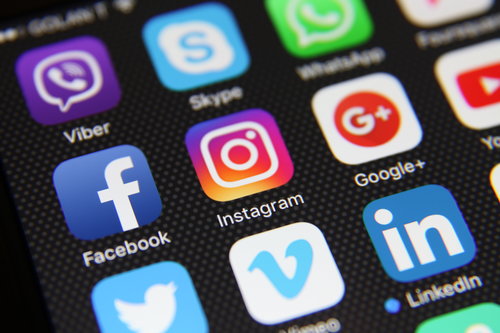 It’s no secret that social media is one of the most effective complements to a real estate agent’s business, and indeed, 65 percent of agents use social media for their business, according to NAR’s latest Member Profile.

In order for social media to work effectively, though, agents require a thorough understanding of how it works and what kinds of consumers use each network. To assist in that understanding, we have spotlighted several important findings from a recent Pew Research Center survey of social media usage.

1. Facebook Remains Dominant – An incredible 79 percent of online adults use Facebook, making it far and away the most-used social network. And while younger Americans are the most likely to use the site (88 percent of those aged 18 to 29), older Americans are still quite active – among those aged 50 to 64 and 65-plus, 72 and 62 percent, respectively, are logged on.

2. The Young and the Instagrammed – Thirty-two percent of online adults use Instagram, and unlike Facebook, there are clear generational divides on who uses the popular photo app. While 59 percent of Millennials use Instagram, only 33 percent of Gen Xers do, and among Baby Boomers and Silent Generation folk, usage falls to 18 and 8 percent.

Pew also uncovered three other interesting nuggets about Instagram – more women use it than men  (38 to 26 percent), as do more urban dwellers than suburbanites (39 percent to 28 percent); usage across income groups, though, is all within 30 percent.

5. Lady and the Pinterest Account – Among Pinterest users, there are fairly even splits along geographic, income, and education lines. For instance, 35 percent of upper-income Americans use the platform, compared with 32 percent in the middle class.

The big break turns out to be by gender. Only 17 percent of men use Pinterest, compared with 45 percent of women.

6. Regularity of Use – The aforementioned statistics all hint at various opportunities for real estate agents. LinkedIn, for instance, would be a great spot for agents who serve a high-net-worth clientele, while Instagram is a great spot to connect with younger consumers considering their first home.

An important caveat to those stats, though, is how often adults use the respective sites, and Pew found that only Facebook and Instagram are used daily by a majority of their users. For Instagram, 51 percent of users log on every day, while for Facebook, an incredible 76 percent visit on a daily basis. The other networks do not compare favorably, when it comes to daily use – 42 percent for Twitter, 25 percent for Pinterest, and 18 percent for LinkedIn.

7. Social Media Reciprocity – Finally, Pew discovered some fascinating things when it asked the primary users of one social media network how they used other networks. As our chart below demonstrates, the most active users ended up being on Twitter, while the least adventurous are on Facebook: