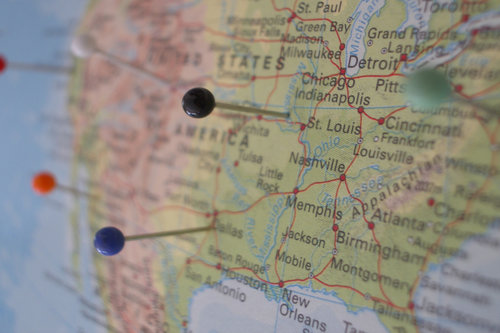 The South saw a slight jump in existing-home sales in January, according to the National Association of Realtors. And so did most everywhere else.

“Much of the country saw robust sales activity last month as strong hiring and improved consumer confidence at the end of last year appear to have sparked considerable interest in buying a home,” said Lawrence Yun, NAR chief economist. “Market challenges remain, but the housing market is off to a prosperous start as homebuyers staved off inventory levels that are far from adequate and deteriorating affordability conditions.”

Across the South region, sales rose 3.6 percent from the same time last year. The West and Northeast regions both saw increases over 5 percent, and nationwide, sales hit a 10-year high in January after increasing 3.3 percent. The only place that didn’t see an increase was the Midwest, where sales fell 1.5 percent.

Median price was also jumped in the South in January, rising to 9.2 percent to $201,400 from the same time last year. It was the largest price increase in the country, and a marker of increased demand – a trend happening in many parts of the country, and one expected to strengthen as we head into the spring selling months, according to Yun.

He said: “Competition is likely to heat up even more heading into the spring for house hunters looking for homes in the lower- and mid-market price range.”