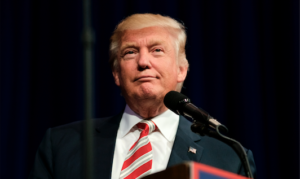 The Trump administration’s tax reform plan could have a negative effect on homeowners, but another key piece of the policy may especially hurt property investors.

Though some experts have thrown cold water on the idea of a major tax overhaul passing Congress this year, the president and Congressional Republicans have identified the 1031 “like-kind exchange” tax break as one loophole they would close, according to reports.

A like-kind exchange essentially allows property owners to sell a building and avoid paying taxes on those profits if they re-invest in other property. The thinking behind the policy, which has been part of IRS code for 90 years, is that it spurs further investment in properties, including housing, commercial property and even farmland.

For example, a landlord who sells a four-unit building, via a like-kind exchange, for an eight-unit building incrementally grows the business, while deferring the taxes. Once the landlord sells the second building instead of exchanging it, she pays the total amount of taxes owed on the accumulated gain. So too is this the case for owners who—as the result of a decline in their health or a need to retire—are no longer interested or able to maintain a property, an event that can negatively impact all of those who live or work there. In commercial property exchanges, about 88 percent of replacement properties acquired in a like-kind exchange are eventually disposed of in a taxable sale—where the tax is eventually paid.

Property investors and real estate professionals are now pushing back on the idea of closing the like-kind loophole.

The National Association of Realtors has said Trump’s tax plan — including the reduction of like-kind exchanged — is a “non-starter.” Even associations representing farmers say the plan will negatively impact their business — and thus the supply of food and other products throughout the country.

Wagner argues in Crain’s that like-kind exchanges help small investors and businesses grow without accumulating debt, which in turn helps the local and national economy. “Dilapidated apartment buildings, crumbling farms, and vacant store fronts are destined to increase if their owners are faced with a sale where immediate capital gains tax payments rob them of their ability to fully reinvest and grow for the long-term,” he wrote.

A 2015 study by Ernst & Young shows that the industries most affected by closing the loophole, including real estate, construction and transportation, would suffer a year-over-year decline in GDP of $27.5 billion.

“The conclusions of this study underscore how critical like-kind exchanges are to the U.S. economy,” Federation of Exchange Accommodators President Margo McDonnell said in the study. “Small and mid-sized businesses, farmers, ranchers, real estate investors, farm and heavy equipment lessors, trucking companies and conservation associations are among the broad spectrum of Americans that benefit from like-kind exchanges to invest in their businesses, their communities, their local economies and in healthy green spaces for the enjoyment of the public and wildlife.”