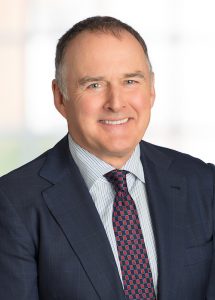 Frater will serve as the interim CEO, pending Federal Housing Finance Agency approval, until a permanent CEO is hired.

Frater has only worked at Fannie Mae for two years, serving as a director since January 2016. He is also a member of the Audit Committee and the Risk Policy and Capital Committee.

“I am confident that Hugh will be an excellent complement to the strong management team at Fannie Mae,” Mayopoulos said in a press release. “Hugh will serve as a terrific leader who will maintain our momentum and move the company forward as it addresses the needs of both today’s and tomorrow’s homebuying and renters, while strengthening the housing finance system.”

Frater said he is excited about his new role with the organization. “I am humbled and excited to serve at an institution that has made tremendous strides in supporting its customers and making housing more affordable for millions of Americans while reducing risk to taxpayers,” he said. “I look forward to working alongside the leadership team as we continue to look for new ways to serve our customers, implement our strategy and strengthen the company.”