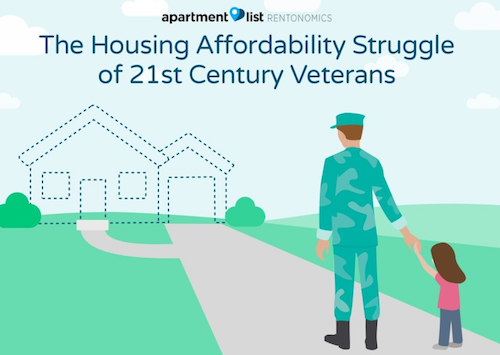 With more than 20 million U.S. military veterans in the United States today, it’s important to recognize the specific challenges that they face when they reenter the job and housing markets as they return home. A new study from Apartment List found that while veterans overall have higher homeownership rates and lower housing cost burdens compared to non-veterans, younger veterans are facing tougher challenges in the market.

The reasons behind this largely have to do with federal policies and loans, such as VA loans and GI bills, which support homeownership among veterans. 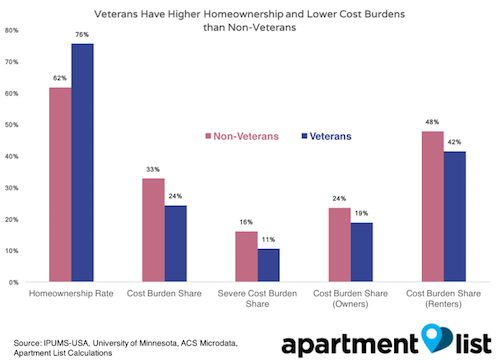 “Despite having broad access to zero-down mortgages with favorable rates through the VA loan program, fewer than half of post 9/11 veterans own their home,” the study found.

Many home developers have been providing their time and expertise in order to fill the gap by helping build homes for military families and provide mortgage-free homes.

“The need for this type of housing is incredibly huge,” Kim Valdyke, director of construction at Building Homes for Heroes, told BuilderOnline. “I think we have over 5,000 applicants in our database.”

When looking at demographics, Apartment List found that post 9/11 veterans are on par with non-veterans in the same age and race group, while veterans from previous generations were more likely to own a home. This shows that policy changes need to occur to benefit modern veterans.

“First, policy wishing to support veteran homeownership in the 21st century should account for the unique challenges that underrepresented minorities face in housing markets,” Apartment List stated. “Second, post 9/11 veterans’ struggle to find affordable housing is not driven by the fact that more young veterans are being pushed into or out of the rental market.” 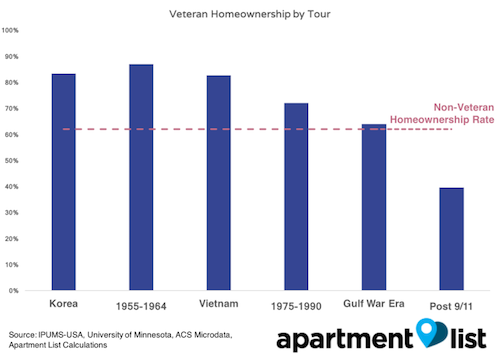