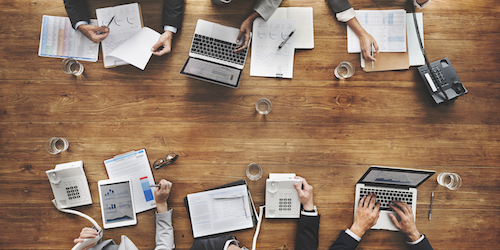 On average, American workers aren’t in love with their jobs. In a survey released prior to Labor Day this year, researchers from The Conference Board estimated that barely half of U.S. employees (51 percent) are actually satisfied with their job and wouldn’t consider leaving anytime soon. Meanwhile, a recent study from Engel & Völkers revealed that real estate professionals may be an outlier: 96 percent of 500 agents it surveyed said they were satisfied in their current position.

That’s positive news for the real estate industry, but less so for employers and recruiters. With more agents finding themselves happier than ever in their current jobs, combined with the overall strength of the labor market, this means that the industry’s top brands must compete fiercely for talent.

“Top talent is not just going to walk through your door,” E&V Americas president and CEO Anthony Hitt said in the report. “Brokers must make a concerted effort to continuously be in front of their current and prospective agents with value propositions that will resonate.”

How will the industry’s biggest players lure top performers into the fold? E&V’s study broke down the major considerations that prove most effective in attracting and retaining the best agents.

Among the E&V survey’s findings, 35 percent of agents who responded said they had considered leaving their current employer for a new one at least once in the last year. The most common reason for doing so: better commission splits at a rival agency — 38 percent said they would leave their current brokerage for a better split.

But E&V argues that this reflects a serious misconception among agents.

“Right now, the real estate industry is rife with brokerages willing to join a race to the bottom by offering excessively large splits in order to recruit agents,” Hitt said in the report. “There needs to be a re-education around the fallacy that larger splits equates to more income. What agents may not realize is that larger splits often are an attempt to compensate for a weak value proposition, which leads to difficulty in attracting homebuyers and sellers.”

Therefore, recruiters without the financial incentive of high splits compared to other agencies could turn this into an advantage. E&V encouraged employers to be upfront with recruits on the broker’s commission split, and explain why a lower split than a competitor’s can actually benefit agents. For example, more commission going to the brokerage could help fund greater investment in technology, workplace benefits and general growth.

Speaking of benefits, E&V found this to be a prime opportunity for smaller firms to make up ground to the bigger fish. Respondents to the survey said their current employer left a lot to be desired in terms of benefits like:

On the other hand, agents said the most common perks included

Ultimately, E&V’s advice for brokerages looking to bolster recruiting efforts was focused on honesty and unwavering support for agents.

“Just like you continue to recruit talent, other companies are likely targeting your existing talent — you cannot forget about the agents you currently have for the sake of recruiting,” the survey report concluded. “Stay in front of your agents, connect with them in meaningful ways, continue to demonstrate your value and recognize theirs.”

Read more from our Managing Brokers and Leadership Issue: