The white-hot pace of the housing market appears to be cooling to red, according to Redfin, which released a new report that includes several indications that the lopsided seller’s market could be inching closer to an equilibrium.

“Asking prices are still high, but the share of listings with price drops is rising steadily and could soon reach pre-pandemic levels,” Redfin chief economist Daryl Fairweather said in a release. “That’s an early indication that we are past the peak for this intense seller’s market. Buyers may begin to regain some negotiating power on properties that have been on the market for more than a week.” 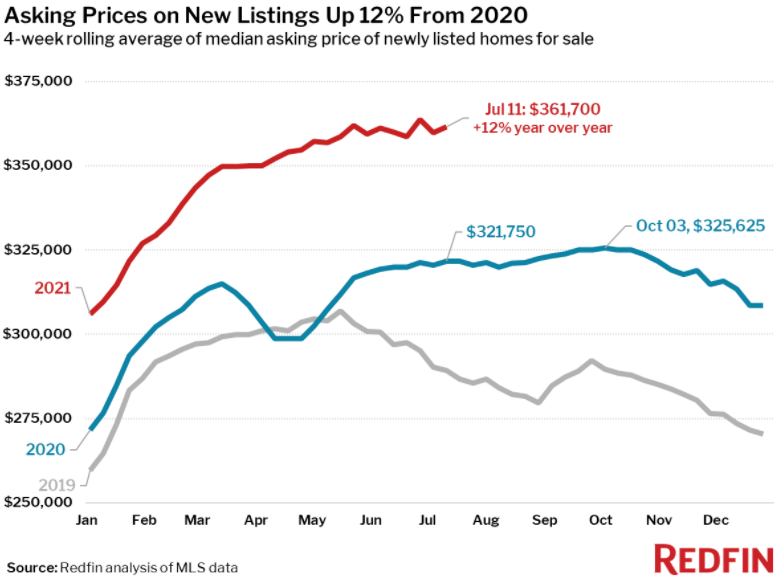 Nevertheless, the median home-sale price reached a record high during the period, at $365,500, according to Redfin.

Pending home sales had their smallest year-over-year increase in more than a year during the four-week period ended July 11, rising 11%.

A record 55% of homes sold above list price, which is up from 28% a year earlier, Redfin said. However, this measure appears to be plateauing, as it has been at 54% to 55% since the four-week period ended June 27, Redfin said. 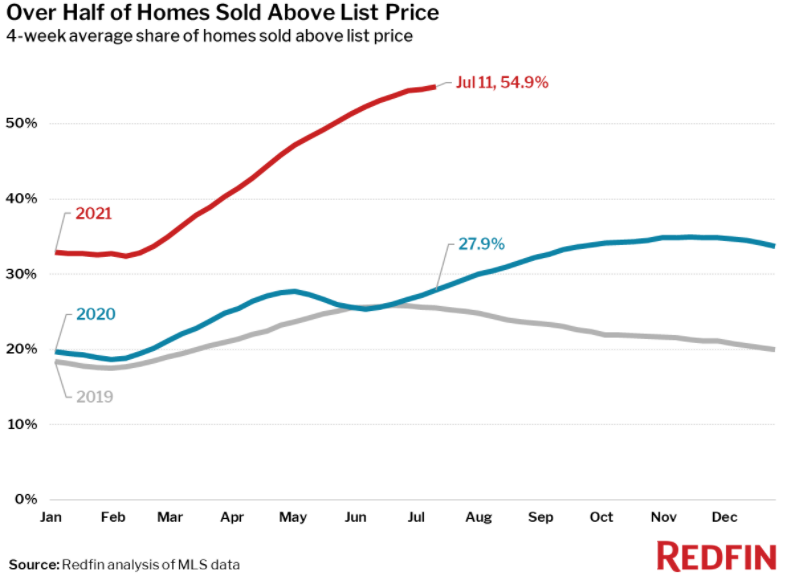