A new A&E series, “Flipped,” will follow Houston “Survivor” saboteur, Russell Hantz as he attempts to “buy low, renovate cheap, and sell high.” The series, which consists of seven one-hour episodes, is expected to premiere late in the year. 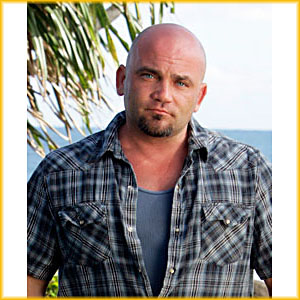 “In the post subprime mortgage crisis, time is the new enemy as flippers race to renovate properties before prices fall even further. In the past, if a flip took too long or went over budget, then the flipper could just wait for prices to go up. Today, expenses and sinking prices are eating away profits on a daily basis. This is the next evolution of house flipping, where the rewards are greater and the perils are harsher,” stated the press release from A&E.

“There are tons of reality TV stars sitting on their couches and twiddling their thumbs because they haven’t created anything else,” said Hantz in a press release. “I expect to be one of the biggest house flippers in Houston and I am here to bring Houston’s economy back on its feet.”