Lawmakers Worry About Impact of Proposal

Any adjustments in real estate will impact the sensitive market, but some real estate professionals worry that the widely debated QRM proposal, which requires 20 percent down on all mortgages, will be “detrimental to the housing sector,” said Agent Genius. 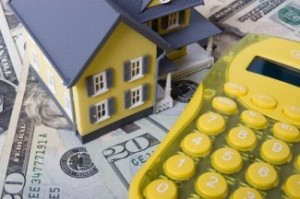 Others agree, including the 160 lawmakers in the House of Representatives who called the proposal “overly burdensome government dictate,” said Miami Association of Realtors.

Under the Dodd-Frank Wall Street reform law–with hopes of promoting responsible lending and borrowing, lenders of mortgage loans may also soon be required to retain five percent of the credit risk for any mortgage that is not deemed safe or a QRM. Between 20 percent down payments with qualifying residential mortgages and the five percent credit requirement restrictions for non-QRMs, borrowers are stuck in a catch-22.

“We need to strike a balance between reducing investor risk and providing affordable mortgage credit,” NAR President Ron Phipps said in a press release. “Better underwriting and credit quality standards have greatly reduced risk. Adding unnecessarily high minimum downpayment requirements will only exclude hundreds of thousands of buyers from homeownership, despite their creditworthiness and proven ability to afford the monthly payment, because of the dramatic increase in the wealth required to purchase a home.”

With widespread contempt towards the proposed rules, the comment period has been extended from June 10, to August 1, allowing further reflection on the potential impact on an already struggling housing market.