Martin Gruenberg, current vice chairman of the Federal Deposit Insurance Corp., is expected to replace current chair of the regulator, Sheila Bair at the completion of her term on July 8, due to a nomination from Obama said Housing Wire. 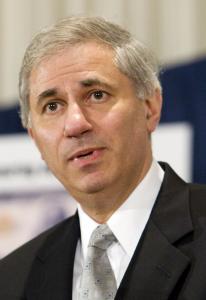 Gruenberg has served as vice chairman since August 2005, acting chairman from November 2005 to June 2006, and he became chairman of the executive council and president of the International Association of Deposit Insurers in November 2007.

“I am confident that his intellect and years of experience in financial services, including distinguished service on the staff of the Senate Banking Committee, will make him an outstanding chairman,” Johnson said in a statement. “I plan to move his nomination through the banking committee as quickly as possible, and I hope he will be swiftly confirmed by the full Senate. It is vital that we have strong leaders in place at our financial regulators as we continue the economic recovery.”