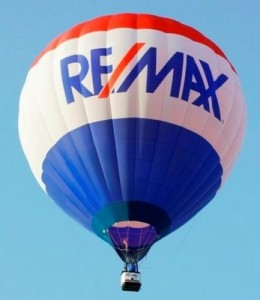 The areas poll takers were asked to examine were: “agent/salesperson; marketing; office; and variety of additional services.”

RE/MAX was given the highest ratings by both buyers and sellers. RE/MAX was highly regarded in the agent/salesperson, marketing and office categories-receiving overall ratings of “among the best.” RE/MAX’s variety of additional services were “about average.” The overall satisfaction rate with RE/MAX was “among the best.”

Both Prudential and Century 21 had an overall satisfaction rate of “better than most.” Better Homes & Gardens, Coldwell Banker and Keller Williams were the other evaluated companies.

Overall, the home selling category getting the highest reviews was marketing, up 62 points this year. “Consumers were also pleased with the variety of additional services and office factors, but satisfaction with their agent/salesperson took a small dip,” said Agent Genius.

Home buyers satisfaction averaged 797 out of 1,000, which was a decrease of six points since 2010, according to a press release. Buyers were slightly less satisfied in the agent/salesperson category, with an average of 814 compared to 828 in 2010.

“Although the current real estate market—with the confluence of low home prices and historically low interest rates—creates the perception of a buyers’ market, there are still traditional barriers to purchase in place, which could be negatively affecting buyer satisfaction with their agent,” said Jim Howland, senior director of the real estate and construction practice at J.D. Power and Associates in the release. “Agents who properly manage client expectations around the home buying process and communicate with clients about potential challenges—such as higher requirements for down payments, tighter loan standards and additional costs on top of the monthly mortgage—may be better able to keep clients satisfied.”

RE/MAX had a score of 805 from home buyers, Coldwell Banker had 802, and Better Homes and Gardens ranked in at 801.

Additionally, six in 10 buyers and sellers noted that their agent asked for a referral or recommendation (a 47 percent increase from 2010). Buyers said that they were shown 9 homes before making a purchase, a decrease from 17.5 in 2010.