Neighborhoods Within Houston Expected to Expand

Harris County in northwest Houston, which has roughly 400,000 residents, is expected to grow by more than 2.5 percent per year over the next 10 years, undergo redevelopment along its major thoroughfares and add millions of dollars in new commercial and residential sites that will add new jobs. 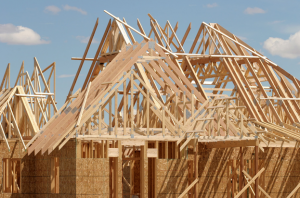 According to the Houston Northwest Chamber of Commerce economic outlook and the University of Houston Public Policy group, the projections made show that the region is expected to grow by more than 25 percent over the next decade, up to almost a half million people.

The two groups reported that, from data from 1990 through the current year and projected through the year 2022, the population will double within this same area. Household income for the period in the $100,000 to $150,000 range is expected to increase by 27 percent, and housing values for the period to 2022 are expected to grow by more than 27 percent among those priced $200,000 to $300,000, according to the UH Hobby Center for Public Policy report.

“This growth, plus the impact of the Exxon Mobil development on the new 385-acre campus, should lift land and home values and increase jobs in our region,” the Chamber’s president, Barbara Thomason, said.