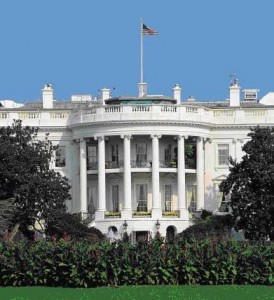 According to new reports, the White House is pursuing further relief to housing.

The White House has confirmed that it is actively pursuing potential remedies for housing, with plans involving refinancing and/or property conversion getting particular attention.

A refinancing plan, which was just reported by Houston Agent yesterday, would take advantage of historically-low interest rates and allow the 37 million homeowners with government-backed mortgages to refinance their loans.

“We are looking at trying to encourage more participation in all of the programs, including those that help with refinancing,” said Phyllis Caldwell of the Treasury Department.

The math behind refinancing is hard to resist; one estimate found that a mass refinancing program could save homeowners $85 billion a year. Furthermore, Congressional action would not be required to approve a refinancing plan, and the government would not need to access the billions of dollars that remain in the Troubled Asset Relief Fund.

Some of the finer details of the plan, though, still need to be worked out. For example, would delinquent homeowners be allowed access to refinancing? And who would oversee the refinancing? Regulators? Fannie Mae and Freddie Mac? Lenders?

A second possible plan, in property conversion, would directly address the problem of foreclosures. Homes undergoing foreclosure proceedings would be converted into rentals, thus preventing the home from entering the market and further lowering prices. Though details are sketchy for that plan as well, the Federal Housing Finance Agency did request ideas in early August for a conversion plan.

In the end, the symbolism of government action may be the most important thing of all, said Frank Nothaft, the chief economist at Freddie Mac.

“It almost seems to me you want to have some type of announcement or policy, program or something from the federal government that provides that clear signal that we are here supporting the housing market and this is indeed a good time to really consider buying,” Nothaft said.