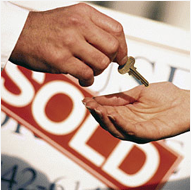 Year-over-year home sales were up 18 percent for the month of August.

Historically, June is the highest-selling summer month, but in 2011, both July and August exceeded June’s sales totals.

“We’re pleased to see transactions pushing higher in August and without any artificial stimulus,” said Margaret Kelly, CEO of RE/MAX, in a statement. “Although the housing recovery will continue to be uneven, the market is struggling to return to normal despite uncertainty in the economy and stubborn unemployment rates.”

Though the median sales price was down 3.6 percent, RE/MAX also specified that among the 53 metropolitan areas it studied, 47 saw an increase in sales. The top performers were: Pittsburgh, with sales up an incredible 60 percent; Minneapolis, up 48.4 percent; Albuquerque, up 43.0 percent; Milwaukee, up 37.1 percent; Seattle, up 29.4 percent; Phoenix, up 26.4 percent; and Chicago, up 25.7 percent.