Fed Invites Housing to Do the “Twist” 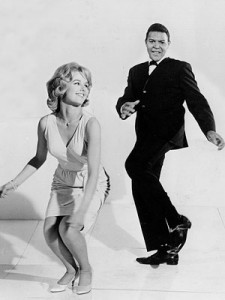 The Federal Reserve announced yesterday that it will begin a new round of stimulus to jumpstart the U.S. economy, with housing and refinancing being two main beneficiaries of the stimulus’ goal.

The Fed’s plan, officially called “Operation Twist,” is this: the Fed will sell $400 billion invshort-term bonds that have matured and purchase roughly the same amount in government-backed mortgage securities. This will keep those securities out of the hands of private investors, and as such, keep interest rates at their fantastically low levels.

The Fed hopes such a prime environment will inspire investing and, in the case of housing, refinancing. Mark Zandi, the chief economist of Moody’s, told NPR that “Operation Twist” could push the 30-year FRM even lower than the record 4.09 percent it currently sits at.

A similar program, which ended in March 2010, involved the Fed buying $1.25 trillion in securities.

Keith Gumbinger, the vice president of financial publisher HSH Associates, said the Fed may also be stepping in to provide a service that private bankers are not.

“This is a way of saying, ‘We are going to also foster low mortgage rates, and if the market isn’t interested in buying them, well, we will buy them,’ ” Gumbinger said.

The Dow fell more than 280 points yesterday following the Fed’s announcement, and NPR reports that reactions to the twisty policy has been mixed. Like all economic policies, though, we’ll have to wait and see what its impacts are, especially for housing, which just saw its latest economic data released this week.