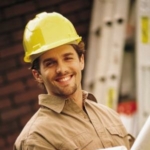 Construction added 23,000 jobs in September, one of the economy's strongest showings.

According to the most recent jobs report from the U.S. Department of Labor, the economy added 103,000 jobs in September, and though markets reacted to the data in a lukewarm fashion, a true bright spot in the department’s findings came from the construction sector, which comprised 23,000 of those added jobs.

Stephen Sandherr, CEO of Associated General Contractors of America, told USA Today that demand was a big contributor to the gains in construction.

“With private-sector demand inching back up, the construction industry is finally on the brink of recovery from years of hardship and job losses,” Sandherr said.

Bill McBride, who runs the popular financial blog Calculated Risk, offered further context on the positive data. McBride wrote, “After five consecutive years of job losses for residential construction (and four years for total construction), it looks like construction employment will increase this year (and residential will be close).”

“However,” he continued, “there will not be a strong increase in residential construction until the excess supply of housing is absorbed. In addition residential investment has made a positive contribution to GDP so far this year for the first time since 2005.”

Furthermore, Michael Montgomery of IHS told USA Today that with the kind of declines that construction has experienced during the economic downturn, a 2012 recovery is almost inevitable. He predicts a payroll rise of roughly 200,000 for the year.