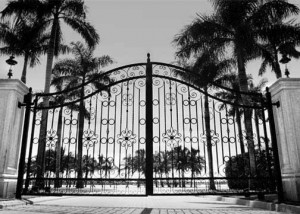 Gated communities are on the rise.

They say everything’s bigger in Texas, and apparently that even goes for gated communities.

According to the Houston Business Journal, the demand for high-end homes in gated communities in Houston, Texas has prompted the development of over $120 million worth of new homes.

Homes from $589,000 to $2.4 million are set to be constructed through at least five new projects that will become urban communities worth over $120 million dollars. The demand for residence in these gated communities has the Houston building industry extremely busy. Thanks to the projects there are a lot of job opportunities opening up to workers of the industry.

There are many advantages to living in a gated community, the safety, the proximity to the city and the feeling of living elite.

“These neighborhoods are becoming extremely popular,” Sudhoff said in an interview with the Houston Business Journal.“It’s a quality-of-life decision more than anything.”