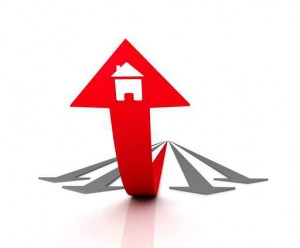 Fannie Mae re-upped its predictions for a positive 2012 in its latest economic report.

Fannie Mae bolstered its predictions for the U.S. housing market in its report from the latest Economic & Strategic Research Group.

Housing, the report stated, showed considerable promise in the first quarter of 2012, growing at a rate that “substantially” outpaces that of 2011.

Doug Duncan, the chief economist for Fannie, said that even though growth may slow somewhat in the coming weeks, the GSE still feels confident going forward.

“Despite the loss of momentum as we move through the spring months, we expect that home sales will rise slightly more than 7 percent during 2012,” Duncan said. “Our outlook is bolstered by improvements in consumer sentiment seen in our National Housing Survey results, which show that consumer views of housing market conditions have become more supportive of home purchases and their outlook on home prices.”

That outlook, Duncan continued, has been particularly noteworthy for sellers.

“Interestingly, we’re seeing a pick up from depressed levels in the ‘good time to sell’ category, suggesting rising optimism about the housing market,” he said.

The slowdown, the report stated, may be a side effect of the unseasonably warm winter, which may have unnaturally boosted economic activity at a time of historical stagnation. But still, though economic growth in the first quarter of 2012 decreased from 3.0 percent in 2011’s fourth quarter to 2.2 percent, it was still stronger than 2011’s first quarter and better balanced, when upside and downside risks are considered.

The report predicted that growth will remain consist with the first quarter through the rest of the year.

“For all of 2012, we expect growth to come in at 2.3 percent—little changed from the view we have held since the beginning of the year,” it stated.