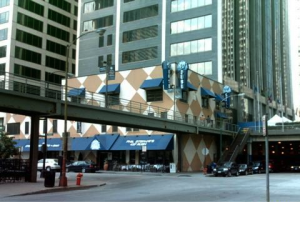 NAR's purchase of the 437 N Rush building gives the association control of an entire block of real estate.

The National Association of Realtors (NAR) announced earlier this week its purchase of 437 N Rush, a two-story building that borders the west side of the association’s Chicago headquarters off Michigan Avenue.

NAR will now own the entire block on which its office sits, and for more details about the transaction, we spoke with Doug Hinderer, NAR’s senior vice president.