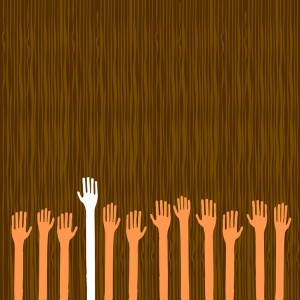 There are numerous signs out there that housing is recovering, and the folks at Redfin have presented yet another one – the preponderance of multiple offers.

Seventy-one percent of respondents in the brokerage’s Real-Time Home-Buyer Tracker reported that when they signed an offer on a property, they faced competing offers. The survey sampled nearly 6,000 buyers who had worked with Redfin agents in 18 major metropolitan areas.

Other valuable information in the survey included:

We just reported that good first impressions were especially necessary in the recovering economy with the supposed rise of multiple offers, and Redfin’s data would seem to confirm that suspicion.

And such situations are arising in markets across the U.S. We’ve already reported extensively on them in Chicago, but in addition, Redfin made mention of a prospective buyer in Boston who was interested in two properties – one that had seven offers, another that was under agreement by the time of its first open house – and in Miami, examples abound of the area’s red-hot market.

J.J. Molaison, the manager of Prudential Gary Greene, Realtors’ Inner Loop office, said the market in Houston is no different.

“I don’t have have an exact percentage, but I will tell you that if a home is in good condition and it’s priced right, we are seeing multiple offers,” Molaison said.

And such demand, Molaison said, is across the board. Between townhomes, detached single-family properties and condos, pretty much every type of property, if it meets the aforementioned criteria, is generating strong buyer interest, now and in to the future.

“We just turned out a great month in May, and mortgage apps are up – we expect business to be robust,” Molaison said.