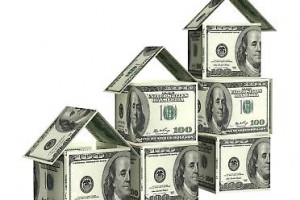 The FHFA's REO program has a number of things going for it, as the agency readies its completion.

The Federal Housing Finance Agency (FHFA) has selected the winner bidders for its pilot initiative, putting the agency one step closer to closing out what many have anticipated as its most helpful program yet for the U.S. housing market.

The program, which intends to convert roughly 2,500 Fannie Mae-owned REO properties in Illinois, California and Florida into privately-owned rental units, has been fielding applications from property investors for months, and now that the winning bidders have been chosen, the FHFA expects to close on transactions early in the third quarter. With the program nearing its completion, we though we’d look at some of its fundamentals – and why it will be so beneficial for the housing market.

Dianne Moore, a managing broker for United Real Estate in Houston who just oversaw the brokerage’s expansion into Chicago (in total, United Real Estate consists of more than 650 offices nationally), said the program will be a good thing for consumers, though it will primarily impact the economy on a local level.

“Each local area is going to receive it and interpret it differently on some level,” Moore continued, “even though with the national layout and rollout, I know they’re going to try and implement it with some consistency.”