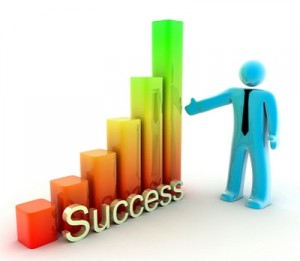 Twenty agents in the Houston metropolitan area were featured in NAHREP's first ever ranking of the top Latino residential real estate agents in the U.S.

Twenty agents in the Houston metropolitan area were featured in the National Association of Hispanic Real Estate Professionals’ (NAHREP) first ever ranking of the top Latino real estate agents in the United States.

For its list, which ranks the nation’s top 250 Latino real estate agents by transaction totals, NAHREP studied local MLS market data, and an independent consultant analyzed the sales data of more than 10,000 agents.

Gerardo “Jerry” Ascencio, the president of NAHREP, said that the significance of the association’s list will only grow in the future as more Latino real estate agents join the fray.

“This is the first ever recorded list of the nation’s top producing Latino real estate agents and a sign of what’s to come,” Ascencio said. “With Latinos emerging as a homebuyer force in the nation’s housing market, the significance of this list of performers is going to grow exponentially.”

And Houston Agent has filed numerous stories supporting Ascencio’s statements on the growing significance of Hispanic homebuyers in the U.S. real estate markets. The most recent homeownership data for the second quarter is perhaps the strongest evidence yet – in a quarter when white and black households declined, Hispanic households grew, forming 453,000 new owner households and accounting for 53 percent of hew households among American minorities.

The homeownership rate for Latinos has been grown from 4.1 million owner households in 2000 to 6.7 million in 2012, a 63 percent increase; and, the Hispanic homebuyer demographic is only expected to grow: purchasing power for Hispanics is expected to grow by 50 percent to $1.6 trillion in the next two years, and in the next 10 years, they’re expected to make up 40 percent of new households.

But, without further or due, here are the highest performing Latino real estate agents based in the Houston area. Here’s now the info is laid out – we have the agent’s ranking in NAHREP’s list, followed by the agent’s name, office, and finally, the agent’s number of transactions in 2011.