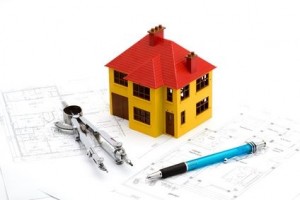 Privately-owned housing starts posted their best numbers in more than 4 years, rising 15.0 percent in the latest joint report from the Census Bureau.

Privately-owned housing starts posted their best numbers in more than four years, rising 15.0 percent from August to September to an annual rate of 872,000, according to the latest joint report from the Census Bureau and the Department of Housing and Urban Development.

It was just one component of an extremely positive report for the residential housing construction sector, where every stage of housing development showed substantial progress.

In addition to its monthly totals, privately-owned housing starts were up an impressive 34.8 percent from September 2011, and single-family housing starts also posted strong numbers, increasing 11.0 percent from August to an annual rate of 603,000. Other details from the Census Bureau/HUD report included:

The housing construction sector, as Bill McBride noted on his Calculated Risk blog, has made considerable progress since the bottom fell out in 2008.

Since then, privately-owned housing starts are up roughly 80 percent, with single-family housing starts up 70 percent. The September numbers, he noted, were far above analysts’ expectations, which were for a much more modest 765,000, and if housing starts continue their current pace, they’ll increase 25 percent over 2011.

As we’ve noted again and again, a strong, sustainable housing construction sector is essential for a recovering housing market, and with each progressive report from the Census Bureau, it seems we’re inching that much closer to that scenario.