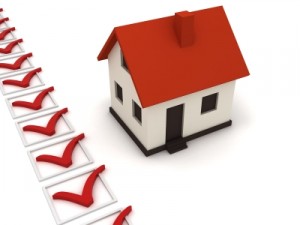 The latest Redfin Real-Time Seller Survey found that home sellers in the U.S. are growing increasingly optimistic on the housing market.

The housing market continued to show signs of incremental improvement in Redfin’s latest Real-Time Seller Survey, a study of the homebuyers attitudes towards real estate in the fourth quarter.

A sample of 1,287 homeowners throughout the nation, the Real-Time Seller Survey covered quite a span of topics, including home prices, financing preferences and the top concerns facing home sellers in the current housing market.

As opposed to Redfin’s third quarter survey, which found sellers to be a reluctant, pessimistic bunch, the fourth quarter Real-Time Seller Survey finds many of those icy attitudes thawing out as the housing market slowly recovers:

Perhaps the most notable survey result involved housing’s relationship to the greater economy. Forty percent of the respondents said that the economy was a major concern of their when selling, which is down from 49 percent in the third quarter.

Glenn Kelman, said in comments accompanying the Real-Time Seller Survey that what matters at this point is how sellers interpret the housing market.

“Economists agree that the market hit bottom some time earlier this year and low interest rates have brought out more buyers than we’ve seen in years, but most sellers decided to wait for better prices,” Kelman said. “These attitudes aren’t changing dramatically from one quarter to the next, but the direction has been remarkably consistent among both buyers and sellers: the market is slowly tilting in sellers’ favor.”